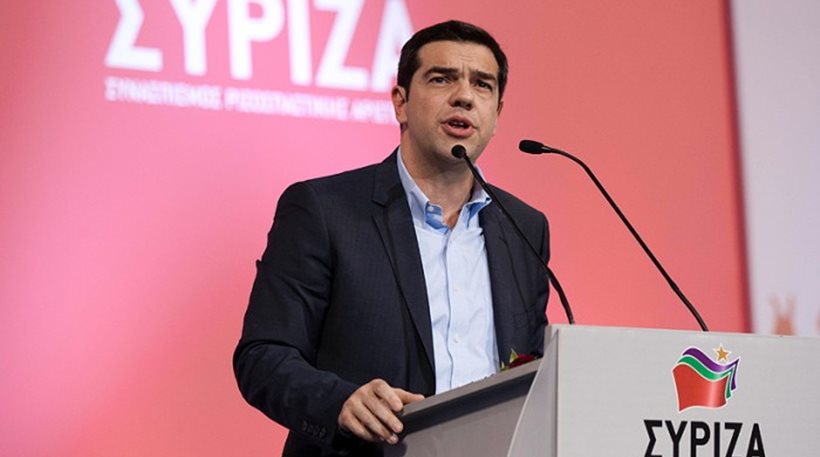 The mid-term debt relief measures so that Greece can enter the quantitative easing (QE) program is the prerequisite to vote for the new measures, Greek Prime Minister Alexis Tsipras said on Sunday.
Addressing the SYRIZA Central Committee, the party leader spoke about the new austerity measures his administration has agreed to with creditors. He spoke of a compromise that had to be made so that measures had to be counter-balanced by social relief measures of equal fiscal value and aid that the Greek negotiating team.
“There are measures that are neither necessary, nor are they the ones we would ever choose, but the compromise achieved would have counter-measures that would counterbalance the fiscal impact and generate zero fiscal balance, and both will be legislated and implemented simultaneously,” Tsipras said.
Speaking on the initial agreement reached at the Malta Eurogroup on Friday, the prime minister said that, “After Malta the way for the identification of the medium-term measures for the debt is open. This will send a clear message to the markets that the uncertainty is over.”
“Now we will be the ones to decide the fiscal path the country will follow after the end of the program,” Tsipras said, explaining the strategy for the next round of negotiations. He stressed that without medium-term measures for debt relief that would allow Greece to enter the QE program, he would not implement the new measures.
The prime minister also unleashed an indirect attack against main opposition New Democracy claiming that, “Some were scheming so that the evaluation would not close, because they didn’t want us to be the ones who will pull Greece out of the crisis.”
He also attacked ND leader Kyriakos Mitsotakis accusing him of “rushing to meet with the German finance minister to get his blessing and undermine the negotiations.” He also said that the conservative party espouses extreme neoliberalism.