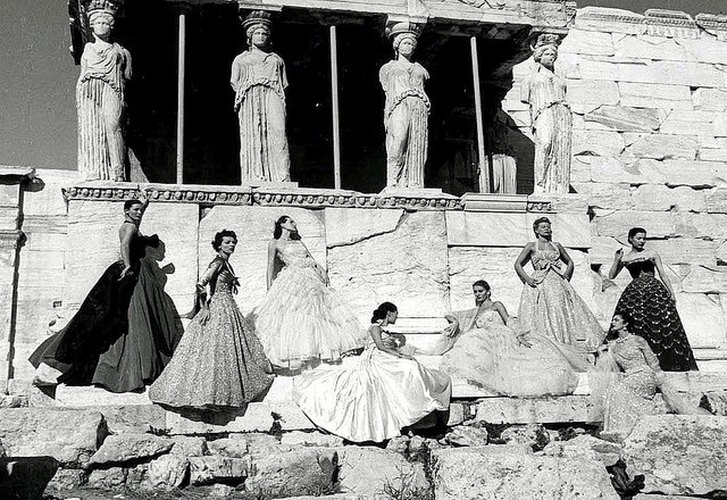 Once upon a time, in the 20th Century, it was easier for fashion houses to get permission to shoot on the Acropolis Hill and the Parthenon. Or at least if it was Christian Dior…
In 1951, photographer of French magazine Paris Match, Jean-Pierre Pedrazzini, traveled to Athens accompanied by some of the finest models of famous haute couture creator Christian Dior.
The designer wanted his new collection to be photographed on the Acropolis Hill, with his models posing in the Erekhtheion, on the feet of the Caryatids. It was a set of pictures depicting exceptional artistic beauty. 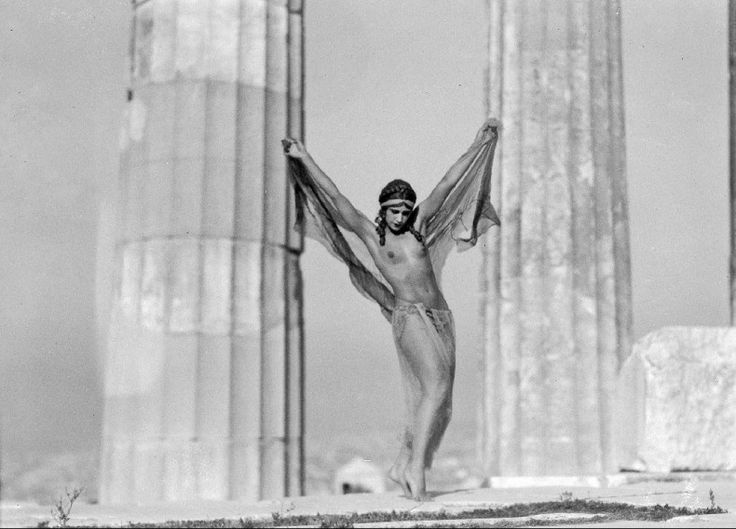 Twenty-two years earlier, though, a truly risqué — even for today’s standards —  photo session took place on what Greeks call “the Sacred Rock.” It was 1929 when famous photographer Nelly took pictures of equally famous dancer of the Opera Comique, Mona Paeva dancing naked on the Acropolis.
The avant-garde photographs of nude Paeva on the Parthenon were published in French magazine Illustration de Paris causing an uproar in Athens.

As vaccinated tourists from abroad roam the country, vaccinated Greeks are still made to stay home, unable to leave without official approval.
Europe