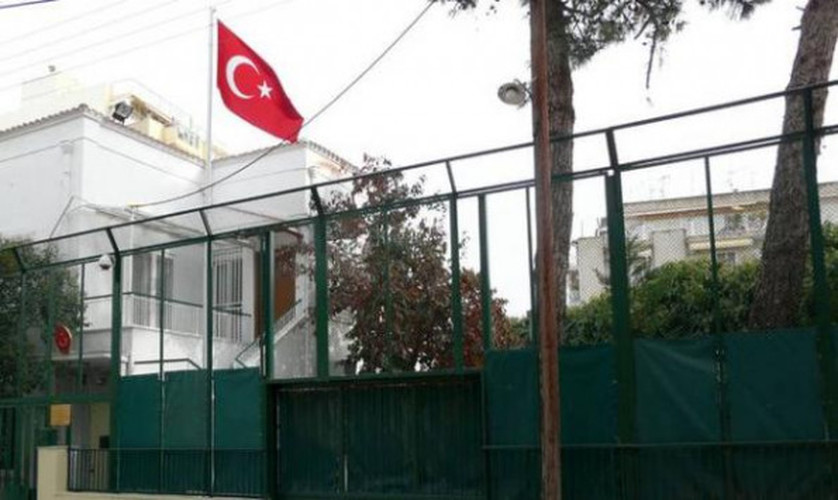 A group of people with concealed faces threw paint at the Turkish consulate in Komotini on Sunday, shouting slogans in favor of the DHKP / C, the far-left Turkish organization that Ankara and the U.S. have branded as terrorists.
According to Greek police, at noon on Sunday, about 20 to 30 Greek anarchists approached the consulate, threw flyers and wrote slogans in favor of DHKP-C on the walls. Police of the northern Greek city acted quickly, bringing five suspects in for questioning, but no evidence of their involvement in the attack were found.
Ankara has made tackling the DHKP / C a top priority as the organization is suspected to be behind a significant number of attacks on Turkish police and other targets.
Greek analysts suspect the possibility that the attacks were made by provocateurs, in light of recent tension between Greece and Turkey. Greek diplomats express concern over further escalation of provocations from the neighboring country, following the Supreme Court decision to not extradite the eight Turkish army men Ankara accuses of being coup plotters.

Anarchists and hard-leftist groups in recent days have mobilized in solidarity to Serif Turunc, known in Greece as “Erkan,” who was arrested on January 22 in Turkey, after a failed attempt to attack a police station. “Ercan” was head of a committee expressing solidarity to Turkish political prisoners and in the past had been arrested in Greece on charges of terrorist actions. However, he was acquitted in court.