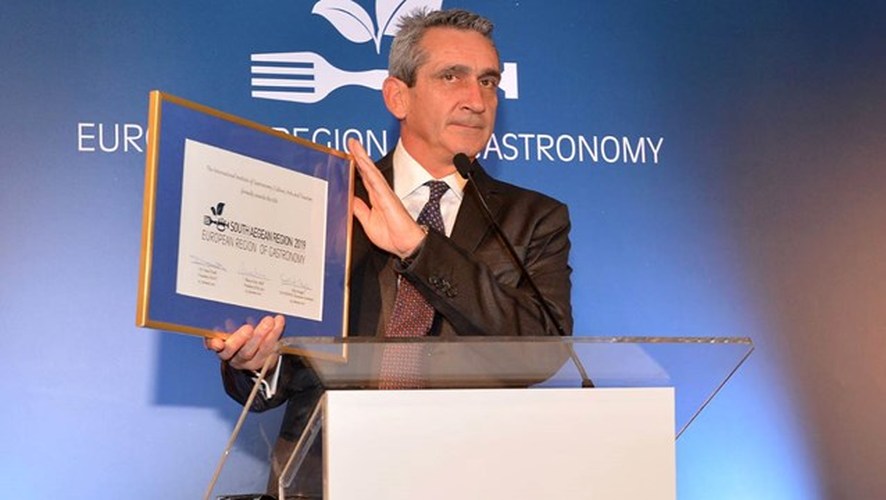 South Aegean was awarded “European Region of Gastronomy 2019” promoting Greece, the Aegean and the Greek tourism at an international level.
South Aegean received the 2019 title for its commitment to food and cultural diversity. A special ceremony took place at the Grande Bretagne Hotel in Athens.
The Master of Ceremonies was the acclaimed food journalist Geoge Papachristos, who gave the floor to the Governor of the South Aegean, George Hatzimarkos, who welcomed everyone to the event hosted by the region.
The European Region of Gastronomy Platform and Award aim to contribute to a better quality of life in European regions, by highlighting distinctive food cultures, educating for better health and sustainability and stimulating gastronomic innovation.
IGCAT (International Institute of Gastronomy, Culture, Arts and Tourism) organizes the award with the support of European institutions.
(source: ana-mpa)