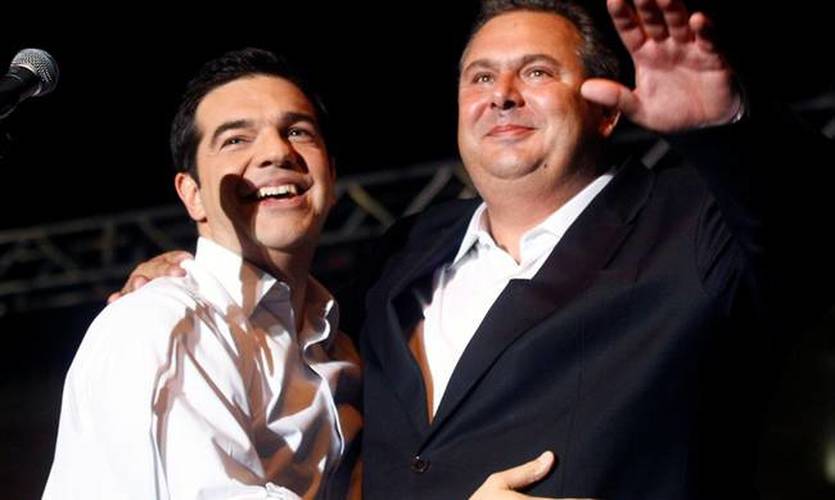 As Alexis Tsipras and his administration celebrate two years in power today, one wonders where Greece would have been if it wasn’t for these two years of procrastination, austerity and deepening recession. And shameless lies, too many to list.
On the eve of 2016, Alexis Tsipras has sent a message to the Greek people that 2016 would be the year of growth. Yet, at the time Greece was still in the middle of a negotiation for the first bailout program review that should have been completed in October 2015. Instead of growth, talks dragged until the end of May 2016. And instead of growth, Greece agreed to very harsh austerity measures that were implemented right away. The summer of growth turned out to be the summer of our discontent.
If one is to make an assessment for the first leftist government in Greek history, it would be a long list of lies, pledges that were never honored and attempts to control all institutions that monitor the government’s work. Tsipras did not deliver one thing of the many he promised in his election campaign.
In the two years of the coalition leftist SYRIZA and its right-wing crutch of Independents Greeks there was no sovereign debt write-off, the single property tax was not abolished, minimum wage never went up to 751 euros, low income pensioners never received a 13th pension, road taxes were not slashed, the government started confiscating people’s homes for debts to the state, capital controls are imposed for 19 months now, people commit suicide because of debts, people die of accidents caused by makeshift ways to keep warm, refugees live under squalid conditions and die of the cold, the number of homeless is rising, thousands of businesses have shut down, thousands of businesses relocate to Bulgaria and Cyprus, heavy taxes have brought middle class people to their knees and alarmingly close to poverty, pensions are slashed driving pensioners to desperation, the public health system is collapsing and people die because of shortage of ICUs, violent crime has gone up, Aegean islands overflow with stranded migrants, groups of anarchists burn and vandalize freely in central Athens, prices of staples have gone up, unemployment stays steadily around 24 percent, criminals are released so that prisons are decongested and the list goes on.
At the same time the Tsipras administration tried in a dictatorial way to shut down television stations with the pretext of “putting order in the broadcasting landscape,” tried to give a broadcasting license to a leftist man investigated for tax evasion and money laundering, and recently they put their own man to “rescue” the ailing Lambrakis Press Organization.
Other than the media, Tsipras tried to control the justice system and independent institutions by appointing his own choices to Greece’s high courts, the new privatization fund, banks and other institutions and agencies. He even tried to change the electoral law that gives the first party 50 bonus house seats as soon as he saw that he is behind in opinion polls.
Despite proclamations of positive figures in the economy and further promises of growth, the real economy is stagnant and no signs of recovery are on the horizon. Red tape, high taxation and a slow justice system keep investors away, while the few privatizations that could boost the economy and create jobs are stalling due to political obsessions.
The only jobs created are the continuous hirings of SYRIZA members in the public sector without due process, and in many cases without job description, thereby inflating the state budget.
At the same time, neighboring Turkey and Albania are raising territorial claims inside Greece’s borders. Tirana speaks of the suppression of Cham Albanians. Turkey challenges the Lausanne Treaty and claims several Aegean islands, while Turkish warplanes fly in and out of the Athens FIR as if they are at home.
The Greek prime minister said in parliament that he never lied to the Greek people, but he had some illusions of what he could do to their benefit. Two years in, eight in ten Greeks say they are dissatisfied with the government’s performance and believe that the country is moving in the wrong direction, while only one in ten believes that the administration is doing a good job and Greece is moving in the right direction.
Nevertheless, the prime minister, cabinet members and SYRIZA MPs appear on television claiming that all is wonderful and Greece is on the way to growth, and what keeps the country back is the bad opposition, the bad press, the bad Germans and the bad International Monetary Fund that criticize them and keep the country back.
Now Tsipras and his cabinet promise that 2017 will be the year of growth. Let’s not hold our breath. Next year they will say the same for 2018.