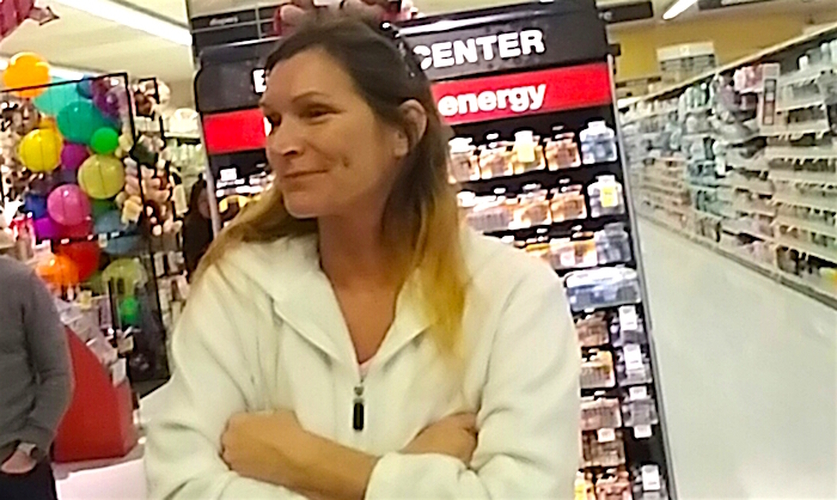 Thanasi Papoulias and his wife Sophia Antonopoulos-Papoulias would never have thought that speaking their native Greek language in a Los Angeles super market could be reason to be verbally attacked.

The Greek American couple were in line at a Los Angeles super market and they were talking, when the woman behind them told them: “Speak %#@&*# English. This is America.” The woman was shocked when Mr. Papoulias replied to her in perfect English with a U.S. accent, but she insisted that they should speak English, in a not so nice manner.

Naturally, the store manager intervened and asked the woman to leave.

So this just happened…

Sophia and I were in line at the market, and naturally, speaking Greek. Out of nowhere this lady behind us decides to give us a modern history lesson and tells us, “Speak F*@king English, this is America.” Furthermore, she demonstrated her well-versed use of the English language by using every swear word to describe us and how we don’t belong here. Imagine if we were with our kids.

Huge props to the manager for kicking her xenophobic, racist a*s out. I only caught the tail-end on video, but you’ll get the point.

Indeed this happened in 2017. It seems that the woman didn’t know much about history. She was probably unaware that the nation she calls her homeland was mostly built by immigrants who worked hard to make it great. Or, she probably forgot that her ancestors likely spoke another language before they learned English.

Some people believe that the “I am more American than thou” attitude is a declaration of patriotism, when in fact it is a show of ignorance.