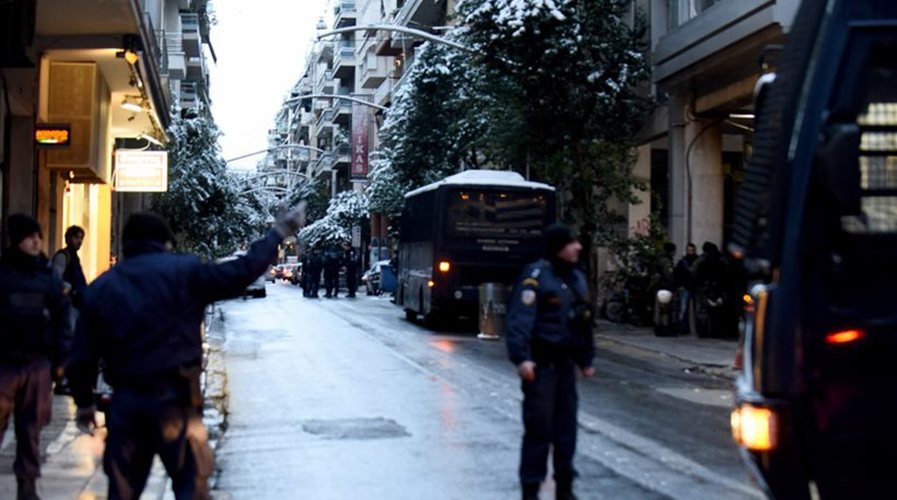 Greek police say that the “Revolutionary Self-Defense” group is most likely responsible for the shooting of the guard outside PASOK headquarters on Tuesday and that the terrorists shot to kill.
According to the counter-terrorism unit, the assailants aimed at the guard and the attack was very similar to the one that took place at the PASOK offices on the eve of the 2014 European Parliament elections; this is where the findings led them. In both cases, the terrorists used a Kalashnikov assault rifle.
As it happened in 2014, the terrorists shot single shots to hit their target. Furthermore, what reinforces the belief that it is the same group, police refer to a text posted in anarchist website Indymedia on July 2014: ” The comrades who carried out the attack at the PASOK offices saw cops of the riot police guarding the building. We could hit them… but this time we did not hit them because the organization has a specific plan against a specific political mechanism of the bosses.”
Recently, members of the “Revolutionary Self-Defense” had assumed the responsibility of two more attacks: the first with Kalashnikov shots at the Embassy of Mexico in Kolonaki Square (July 31) and the second with a grenade hurled against the French embassy building (November 1).
Authorities believe that the new hit against riot police is “retaliation” to the arrest of terrorist Paula Roupa and her accomplice, Constantina Athanasopoulou. A police unionist told Skai television that the assailants aimed to kill, as the police officer received two of the three bullets fired.
In the wake of Tuesday’s strike, police officers commented that, “after the recent arrests of terrorists, there was concern for attack-response from individuals operating in the so-called urban guerrilla war.”