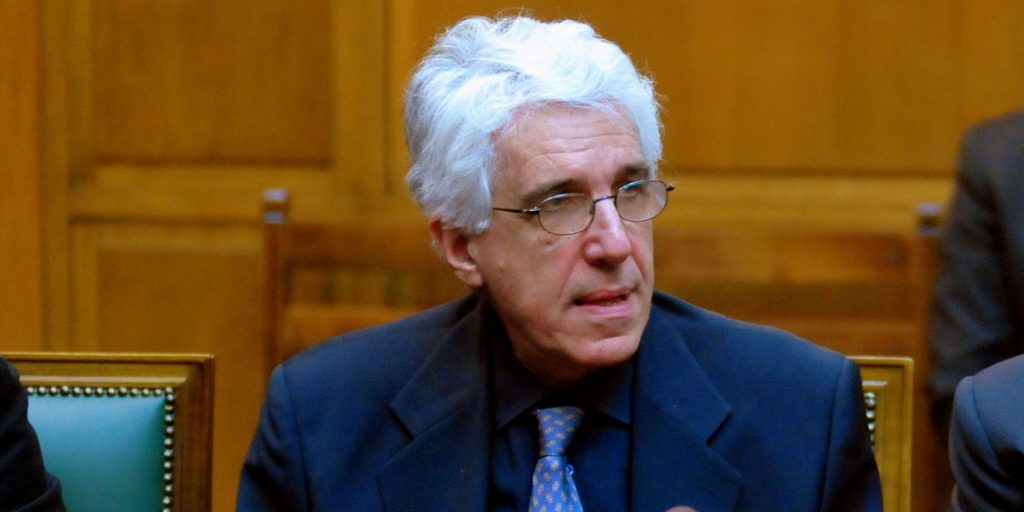 SYRIZA MP and former justice minister Nikos Paraskevopoulos suggested decriminalizing flag burning, causing reactions from opposition parties and junior coalition partners ANEL.
According to the former minister, society and politicians should morally and politically condemn the act of flag burning, instead of criminalizing the act. He said he believes this is a more effective deterrent.
Paraskevopoulos gave an interview on Vradyni on Sunday newspaper, where among other things he said that political parties should work towards converging with Golden Dawn instead of coming to a direct and continuous confrontation with the ultra-rightist party.
The SYRIZA MP said that the political system should extend a hand to Golden Dawn, a step that would lead the party closer to democratization. He was referring to the recent visit of lawmakers of all parties to the border islands of Kastellorizo and Ro. SYRIZA members had criticized the fact that the leftist party MPs stood side by side with the Golden Dawn lawmakers.
“The pictures of the MPs [standing side by side] on Kastellorizo and Ro were disliked by many. On the other hand we have to decide what we prefer: To include Golden Dawn in the democratic processes or remain in a permanent rift with them. In my opinion, we should choose convergence” the lawmaker noted, and continued, “Golden Dawn must show in practice that it respects and is part of democratic institutions. And if this attitude is manifested by them, it must have the support of all democratic parties.”
Conservative parties, including junior coalition partner ANEL, reacted to the statements about flag burning. New Democracy spokesperson Vasilis Kikilias said that the flag is “sacred for Greek people”. ANEL MP Dimitris Kammenos stated that the former minister’s proposal is “provocative,” and that under the existing law flag burning is punishable with two-year imprisonment or a heavy fine.

How Greeks Brought 50 Kinds of Pie to America