Tsipras: Creditors Should Reward Greece's Efforts in Reform With Offer of Debt Relief 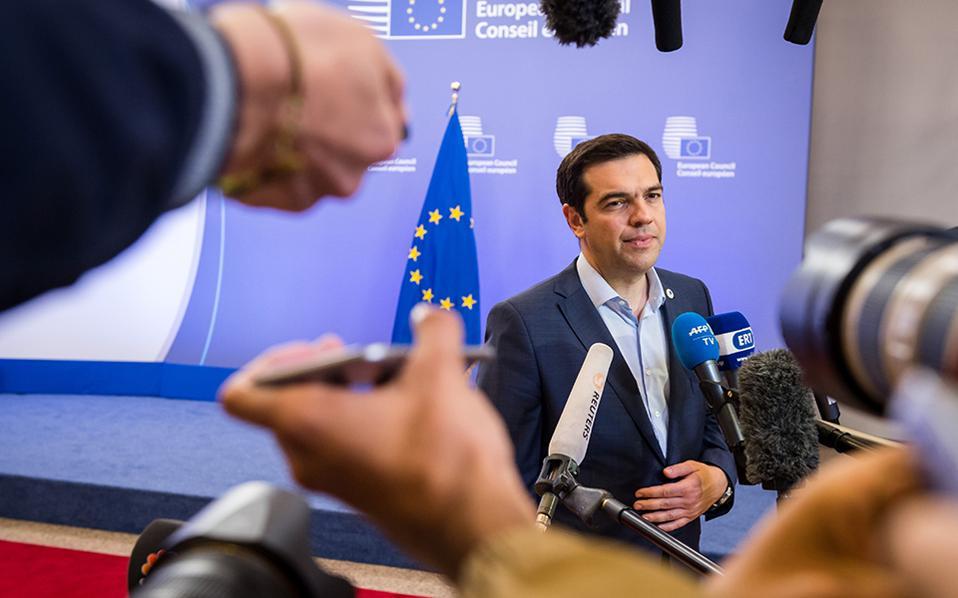 Prime Minister Alexis Tsipras urged Greece’s creditors to recognize the efforts made by the country to achieve fiscal consolidation by offering debt relief, during his address at an event to mark the 100th anniversary of the Union of Greek Shipowners, at Athens’ Music Hall on Wednesday.
“After six years of deep crisis, the Greek economy is finally in the phase of recovery,” he told attendants, noting that 2016 is emerging as the year of economic stabilization which has to be preserved by clarifying the strategy behind the management of Greek debt.
“It is now time to recognize our efforts through the adoption of necessary measures for debt relief,” he said, adding that with the conclusion of the second program review and the definition of the short-term relief measures expected in December, Greece aims to start the New Year by specifying the medium and long-term measures.
“The economic horizon for Greece, the access to money markets, must become clear and the access must be opened […] because our economy, the markets and Eurozone itself need it,” he said. “Especially in a volatile international conjuncture, we all now realize that there is no longer any reason to perpetuate the Greek issue. Especially when Greece constitutes the last stronghold of stability in a wider destabilized region.”
Tsipras said this is the reason why the latest developments in Europe and the world must not lead to fatalism but to action and turn the crisis into an opportunity, also citing Brexit as an investment opportunity for the shipping industry.
Commenting on the shipping sector, he said the government will continue to promote the interests of Greek shipping community in international organizations and improve economic policies.
“The challenges for the future are great. However, the State will continue to be a supporter and fellow traveler in storms and lulls. It will continue to defend the interests of Greek shipping in international organizations and improve policies in the interest of the Greek economy and by extension Greek society,” he concluded.
Source: ANA-MPA