Greek PM: Everyday Life of Citizens is Our Top Priority 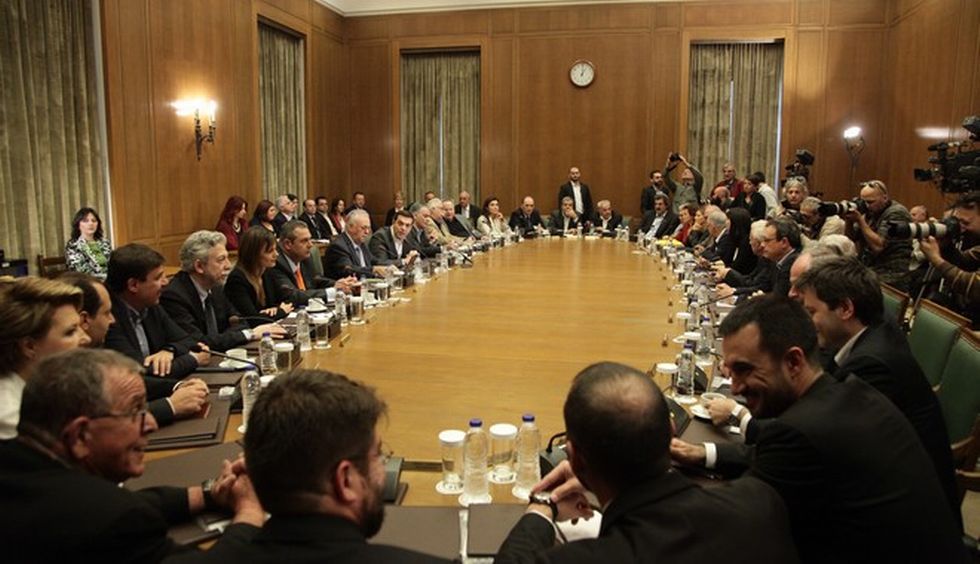 “People’s every day life is our top priority,” stated Greek Prime Minister Alexis Tsipras on Sunday, addressing his new cabinet after Friday’s reshuffle.
Tsipras gave the signal for the completion of the second bailout program review saying that the aim of this government is to pull Greece out of the crisis and not be just another government during the crisis.
Our major national target is the restoration of labor and employment, Tsipras said, making a special reference to new Labor Minister, the 31-year-old Efi Achtsioglou, and underlined the collective goal which is the country’s exit from the crisis and made clear that no ministerial seat has the name of the minister on it.
Referring to the upcoming visit of U.S. President Barack Obama to Athens he underlined that the country’s image abroad has changed since last year.
Tsipras advised his ministers to keep in mind that this government will never be accepted by Greece’s old political system and accused main opposition New Democracy that it violates the Constitution for not contributing to the formation of the new board of the National Council for Radio and Television (NCRT).
Tsipras said that “it is time to turn the page” and asked from cabinet members to make it their own vision, their personal ambition that this government will pull the country out of the crisis. “Citizens must feel that our first priority is their everyday life, their everyday struggle to live with dignity” adding that “the battle of political powers is always judged in the field of everyday life”.
Tsipras said that for this reason a new special purpose ministry is formed to deal with everyday life issues, to deal with citizens’ problems with public administration. For the first time there will be a minister responsible to deal with the citizens’ complaints and requests, he said.
The prime minister said that after closing the second bailout program review, on the December 5 Eurogroup the discussions on debt relief will commence and in the first quarter of 2017 Greek bonds will be included in ECB’s quantitative easing programme. “This will open the way for accession to the international markets, to open a new clear 10-year corridor and to restore investors’ trust”, and to that end he asked from his ministers to work hard day and night.
Referring to the major national target, Tsipras said it should be the restoration of labor, adding that the government aims to reach the European unemployment average rate by 2021, with the perspective to be reduced to 10 percent.
Finally, he referred to the recent optimistic messages from the Greek economy. “The third quarter of 2016 has closed positively and we passed from a long recession period to positive rates. We also have positive news from fiscal issues. We are on an outperforming course and we will meet the program’s targets for the second consecutive year and this is the result of the 2015 negotiations that reduced the primary surpluses targets as well as the result of the performance of the tax mechanisms.