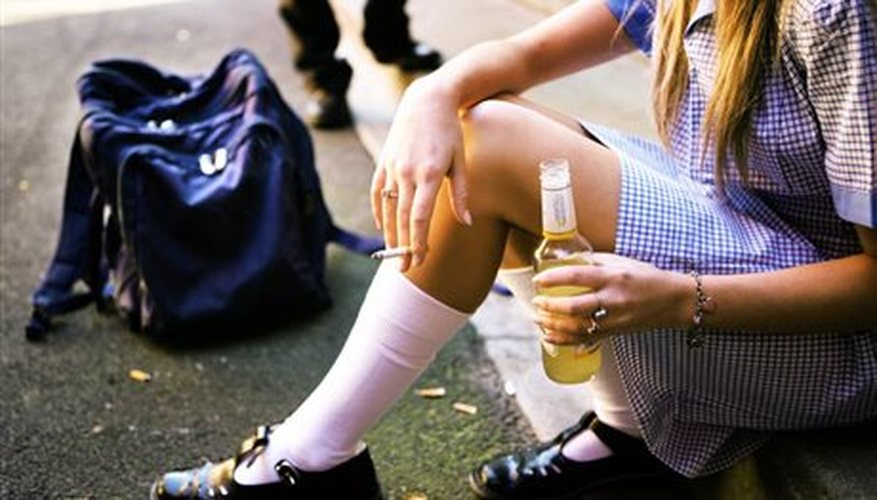 The European School Survey on Alcohol and Other Drugs (ESPAD) study was released following surveys on 96,000 school students in 35 countries. The study found that teenage smoking and drinking is slowly on the decline, however, there are problems regarding excessive screen time and new psychoactive drugs that are on the rise. In Greece, however, drinking continues to be a problem with three quarters of the 3,323 students questioned reporting that they had drunk alcohol in the last 30 days, well above the average for all countries (48 percent). The Greek students higher-than-average score for binge drinking is often seen in cases such as the sad incident on Friday at a well-known club in Maroussi, north of Athens, where 15-year-old students lost consciousness.
The ESPAD study also found that Greek teens drink their first bottle of beer or wine when they are just 12-13 years of age, before moving on to harder drinks from 14-15, when they begin to try gin, vodka, tequila, whisky etc. One of the problems that leads to this are the marketing of soda-styled alcoholic beverages.
The majority of teenagers drink with their peers at parties, nightly outings and at internet cafes, and rarely drink alcohol when on their own. Around 9 percent of Greek teenage boys and 5 percent of teenage girls get drunk for the first time when they are thirteen.
Head of the Teenage Health Unit at the Aglaia Kyriakou Children’s Hospital, Artemis Tsitsika, said that most minors in Greece come into contact with alcohol for the first time at family gatherings or with friends. They usually drink on weekends, at parties with friends, in small or large groups, at other friends’ homes or when their parents are out of the house. There are many factors that lead to teenage drinking, such as a genetic tendency, personality traits, family structure, whereas peer pressure is also a factor as the teenagers enter adolescence. Tsitsika says that the combination of adolescence and alcohol is explosive as the teenage years are, even without alcohol, a time of experimentation and rebellion. Teens are interested in showing their friends that they are daring and adopting behaviors they see in adults.