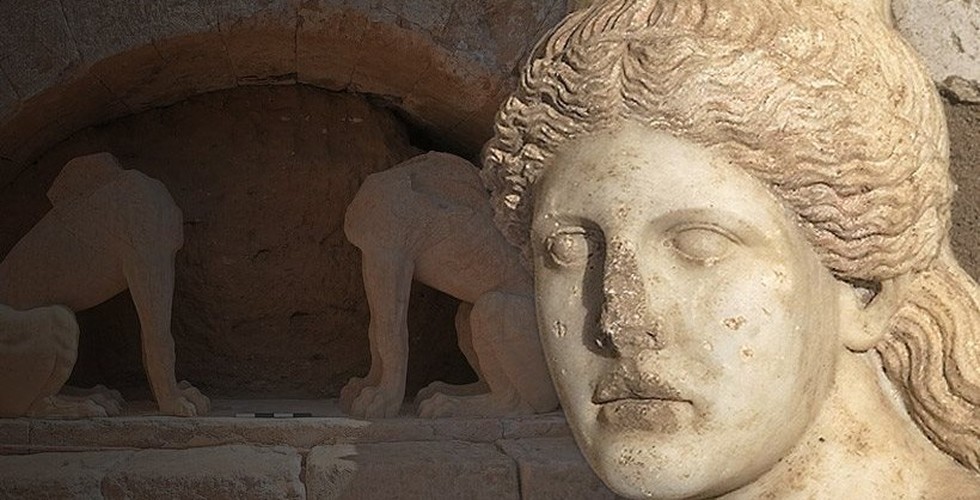 The mystery occupant of the Amphipolis tomb at Casta Hill that dominated the international media two years ago continues to reveal secrets. New data has revealed that it was not just the famous Lion of Amphipolis that lay on top of the tumulus. Amphipolis Architect Michalis Lefantzis states that the tomb’s exterior was magnanimous in its architectural design and decorated with detailed and complex ornaments. 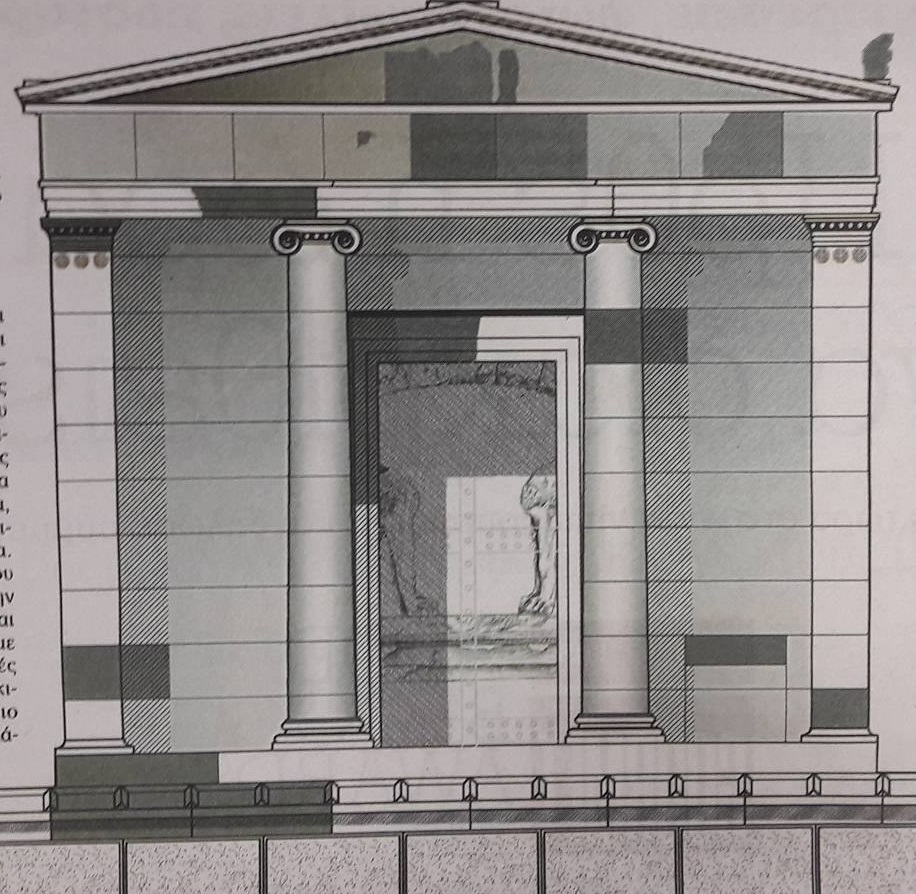 Following research by the excavation team, parts of the marble items used in the monument have been traced to collections around the world from Europe to America. They were transported in the 19th-century, stripping the monument, and creating a puzzle whose pieces are scattered across the globe. So far, archeologists have found 11 sections of marble statues from the tomb at the Louvre, Museum of Istanbul, and Getty. All these were once decorative items at the Amphipolis tomb.
In front of the two Sphinx statues and the stairs in front of the tomb there may have been other items that, linked together, created a magnanimous monument that worked both as a tomb and symbol of military heroism.
The architectural data of the monument and new data, according to Lafazianis, show that the tomb may originally have been used as a place where heroes were worshipped in honor of a high-ranking Macedonian officer and as an oracle where ritualistic practices were aimed at fortune-telling.
The findings so far seem to lead to the inference that the 60-year-old woman’s body was sealed in a burial chamber with a marble door, transferring worship practices to earlier chambers.