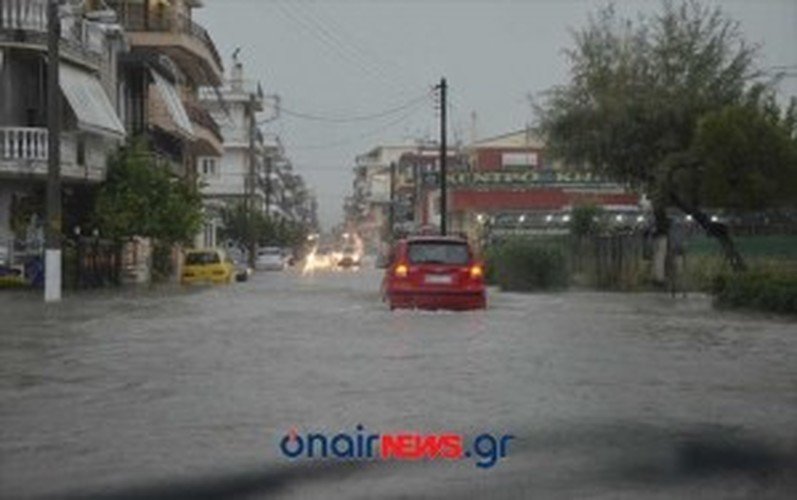 Mid-morning on Saturday the skies of Athens turned grey as a major storm front hit the city and surrounding suburbs.
Heavy rain, lightning and thunder continued intermittently for almost two hours as roads and homes flooded.
Other cities that felt the brunt of the storm fronts sweeping across the country were Messologhi, Preveza, Nafpaktos and Patra.
Many store and home owners have called the fire department requesting aid due to flooding in Messologhi, as a temporary power outage has been reported to have temporarily stopped operation of sewage pumps leading the roadways to flood in record time.
Similar calls have been reported by the authorities in Patra where, according to tempo.gr, a woman was injured when she became caught up in the flood currents. She has been transported to the hospital and at this time there is no further information available on her condition or any other injuries sustained due to the severe weather.