GRNews
GreekReporter.comLifeevents'Stolpersteine' Stones of Remembrance to be Laid at the Port of Thessaloniki... 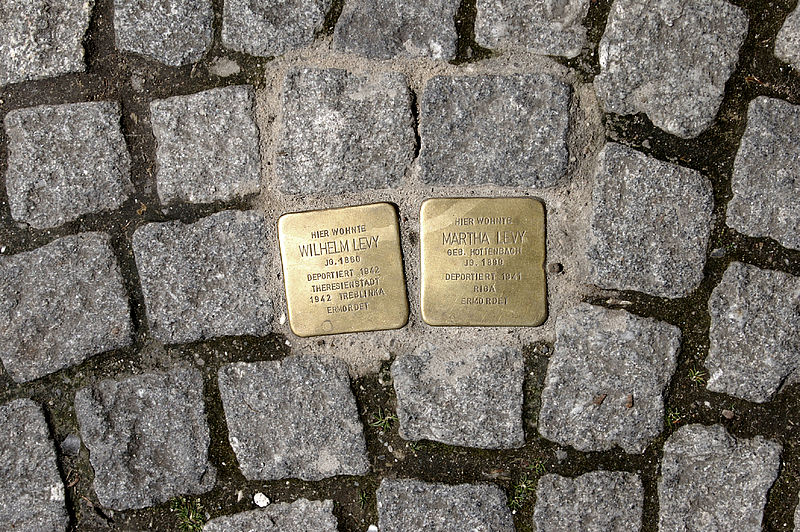 Thessaloniki will lay five “stolpersteine” at the port on October 19 to commemorate five victims of the Holocaust who worked at the port during World War II, the city announced on Thursday.
The small, cobblestone-size concrete cubes bearing a brass plate inscribed with the name and life dates of victims of the Nazi extermination were created by German artist Gunter Demnig in 1992 and were laid at the last place of residency or work of the victims before they were deported.
Demnig came up with the project in an effort to protect the memory, and names, of the victims from oblivion.
More than 50,000 such stones of remembrance have been laid in streets and pavements of 18 European countries.
The first stolpersteine were laid in Thessaloniki in 2015, on the initiative of a Greek businessman from Thessaloniki that now lives in Germany, Apostolos Dekrelis, who wanted to commemorate the student-victims of the Nazis who were studying at the now-closed 1st Boys’ School.
The new event is organized by the Citizens’ Initiative for the Stones of Remembrance in Thessaloniki, in cooperation with Thessaloniki’s Port Authority and the support of the educational organization Humanity in Action. The laying of the stones has been funded by the German Foundation “Remembrance, Responsibility and Future” and the Heinrich Böll Foundation.
Thessaloniki was home to around 60,000 Jews before the war but after the mass deportations imposed by occupying Nazi troops in 1943, more than 95 percent of them were murdered in concentration camps.
The event is scheduled at 12:30 p.m., at Pier A next to the Cinema Museum.
Source: ANA-MPA