Wanted for almost 70 years by German and international authorities, Alois Brunner, the Nazi war criminal who sent 44,000 Thessaloniki Jews to death camps, died four years ago in Syria, according to investigator Efraim Zuroff.
Brunner was the right-hand man of Adolf Eichman, one of the Jewish Holocaust organizers. The SS officer had sent a total of 128,500 Jews to death camps. He is responsible for the deaths of 47,000 Jews in Austria, 44,000 in Greece , 23,500 in France and 14,000 in Slovakia. In Greece, he became known as the “butcher of Thessaloniki” because in the period between March 15 and August 10, 1943, he essentially sentenced 44,000 Jews from northern Greece to death by sending them to the Auschwitz II-Birkenau concentration camp. 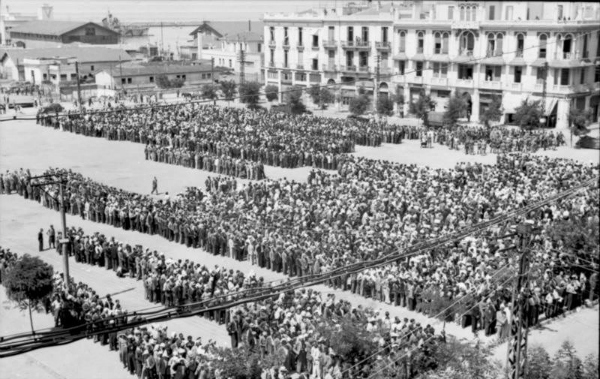 Zuroff is the director of the Simon Wiesenthal Center in Jerusalem and had been hunting Brunner for years. He described the Nazi criminal as a “human monster” because he never showed any sign of regret for his actions and had said that his only regret was that he didn’t kill more Jews. After the war, in the 1950s, he escaped to Syria where he allegedly became advisor to President Hafez-Al Assad, father of current Syrian President Bashar-Al Assad. He managed to escape two assassination attempts by members of the Israeli intelligence.
After years of research, Zuroff was recently informed by a German intelligence official that Brunner had died of natural causes and buried near Damascus in 2010 but the Syrian civil war prevented German officials to perform an autopsy to confirm his identity. However, Zuroff told BBC that he was “99% sure” Brunner is dead. He would have been 102 years old today.