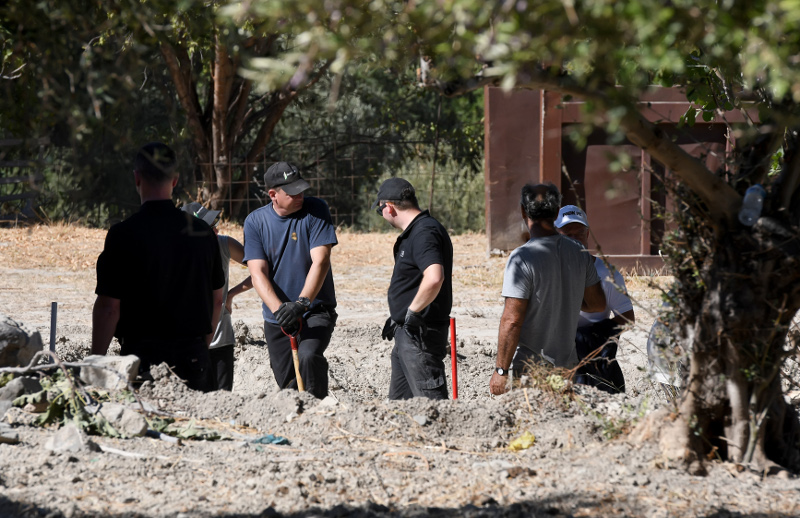 The search for the remains of Ben Needham who disappeared on Kos in 1991 has stopped, as the owner of the land told British police to stop digging.
The owner arrived at the site where police are digging accompanied by his lawyer and asked them to stop claiming legal reasons.
The head of the British police team told the owner that he will ask for the help of Greek judicial authorities in order to continue the excavation, according to a Daily Mirror report.
The British newspaper report says that the land owner’s lawyer expressed concern over the depth of the excavations.
This came after the excavations unearthed several ancient graves on Thursday. The graves are 1,500-2,000 old, initial estimates say.
According to a Daily Mirror reporter who is currently on Kos, the owner fears that after the discovery of the graves, his plot might be declared an archaeological site, thereby he will not be able to use the land.
“This is the only land I have and so I told the policemen to stop digging,” the land owner told the British reporter.