Greek MPs Vote in Favor of Omnibus Bill on Privatizations

Greek Lawmakers voted in favor of the omnibus bill of prior actions on Tuesday that were passed by relevant parliamentary committees the day earlier. After a heated debate, 293 MPs voted on the law with 152 in favor and 141 against the omnibus bill.
The ruling Radical Left Coalition (SYRIZA) and its junior partner, Independent Greeks (ANEL), voted in favor of the bill though opposition members voted against. Now that the prior actions have been voted on, the path is clear for the first review of the Greek program and the disbursement of the final 2.8-billion-euro sub-tranche of loans benchmarked for Greece.
Heated debate took place as Greek plenum debated the Law with the government coming under fire for making a U-turn on its own policies.
Greek Finance Minister Euclid Tsakalotos denounced a “campaign of lies” surrounding the new privatization superfund for Greece. He said that the fund is an opportunity for the strategic restructuring of state-owned enterprises and that their operation would be linked to growth. According to the provisions of the bill several state organizations such as the state-owned water companies would be brought to the newly-formed privatization fund.
The bill was expected to pass into law as the government retained a three-seat majority though there were reports that two SYRIZA MPs were considering defecting from the government line. 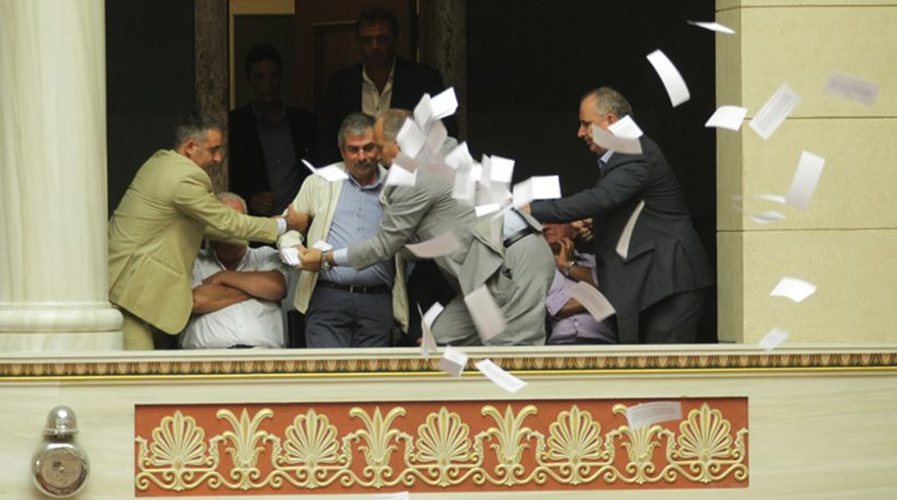 There was commotion when Popular Unity party members threw photocopies of nobel laureate Jose Saramago’s quotes on privatization:
“Privatize everything, privatize the sea and the sky, privatize the water and the air, privatize the justice and the law, privatize the passing cloud, privatize the dream, especially it it’s during the day and open eyed. And, finally, for the embellishment of so much privatization, privatize the States, surrender once and for all their exploitation to private companies through international share offerings. There lies the salvation of the world and, while you’re at it, privatize your whore mothers.” 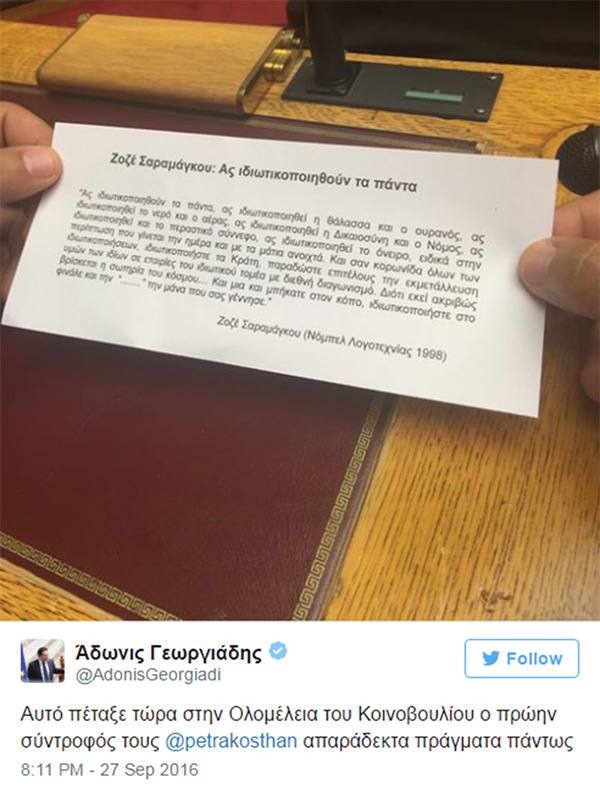 The government must also take actions such as appointing officials to a supervisory board for the fund.