The Haunting Legend of the Walking Dead Vrykolakas on Mykonos 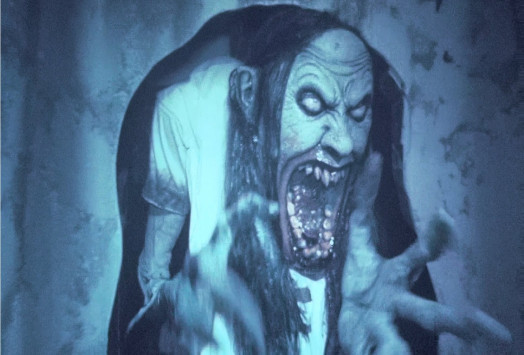 Let’s talk walking dead for a minute. In case you were unaware, before the Age of Enlightenment in the 18th century, there were creatures noted in Greek folklore that were considered to be dangerous, walking dead creatures called vrykolakas.
Similar to that of Greece’s Slavic neighbor’s vampire legends, Greeks believed that vrykolakas were people who transformed into the walking dead after having led a sacrilegious way of life, or an excommunication, a burial in unconnected ground as well as eating the meat of sheep who had been wounded by a werewolf.
The legend goes that vrykolakas would leave their graves at night and knock at the doors of their presumptive victims, saying their names aloud. If there was no answer after the first knock, no harm came to the innocent, however, if one was unfortunate enough to answer, they died after a few days and would then transform into a vrykolakas.
Understandably, this is why until this day in many Greek villages there is a superstition that you should never answer the door on the first knock!
You may be surprised to learn that the vrykolakas legend was once very predominant on the Greek island of Mykonos.
Long before Mykonos became a party destination for travelers worldwide, the French botanists, Joseph Pitton de Tournefort traveled to Mykonos in 1701 where he heard stories from the locals of a villager who roamed at night as one of the living dead after being assassinated by an unknown intruder.
In his writings, the botanist describes that at first the man turned vrykolakas was nothing more than a nuisance, sneaking up on people from behind, stealing their alcohol and overturning furniture. However, the villagers soon became concerned and Joseph Pitton de Tournefort witnessed first-hand the exhumation of the vampire’s grave and the cutting out of the corpse’s heart. 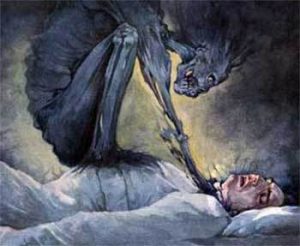 Their efforts were futile as the vrykolakas continued to destroy the village and started attacking people and even suffocating them in their sleep. Then, one Saturday, the only day that vrykolakas rest in their grave, the authorities moved the vampire to the neighboring island of Agios Georgos where he was cremated and never heard of again. At least, no one ever lived to tell if they saw him again…