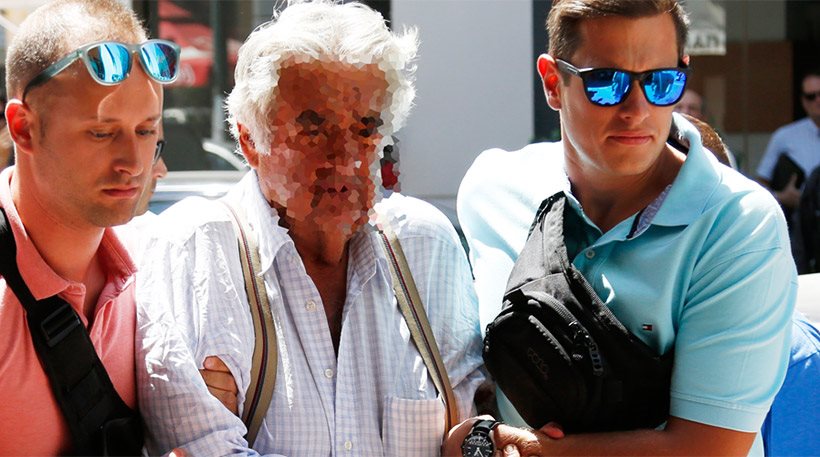 Thrasyvoulos Lykourezos, the 77-year-old captain of the speedboat that killed 4 people on Aegina, including a 5-year-old girl, was released on probation, after a marathon hearing.
Lykourezos is charged for involuntary manslaughter for driving a speedboat into a tourist boat carrying 24 people, resulting in the death of four people and leaving two seriously injured. The alleged speedboat captain claimed he was not speeding and that the dead captain of the passenger barge was responsible for the collision.
The speedboat owner also said that he did not throw life jackets to the tourist boat passengers because the wind was blowing the opposite direction. However, eye witnesses said that the speedboat was moving at high speed. Also, Lykourezos asked not to be jailed because his health is in bad condition.
A political dimension was added to the case after Shipping Minister Theodoros Dritsas attended the hearing in front of the prosecutor and told the press that Lykourezos is an experienced seaman. Opposition lawmakers and To Potami president Stavros Theodorakis raised some questions to the press, implying that the involvement of the shipping minister in a case that is in the jurisdiction of the coast guard might mean that Dritsas is trying to cover up something, such as who was really at the helm of the speedboat. Or to protect the other three passengers.
Another question that arose regarding Dritsas’ intervention was that it was he who announced to the press the names of the other three speedboat passengers. The official announcement should have been made by the coast guard.
A non paper statement coming from the SYRIZA headquarters said that the opposition is capitalizing on a human tragedy in order to have political gain. At the same time they named two journalists who are often critical of the government for using the case to propagandize against the ruling party.