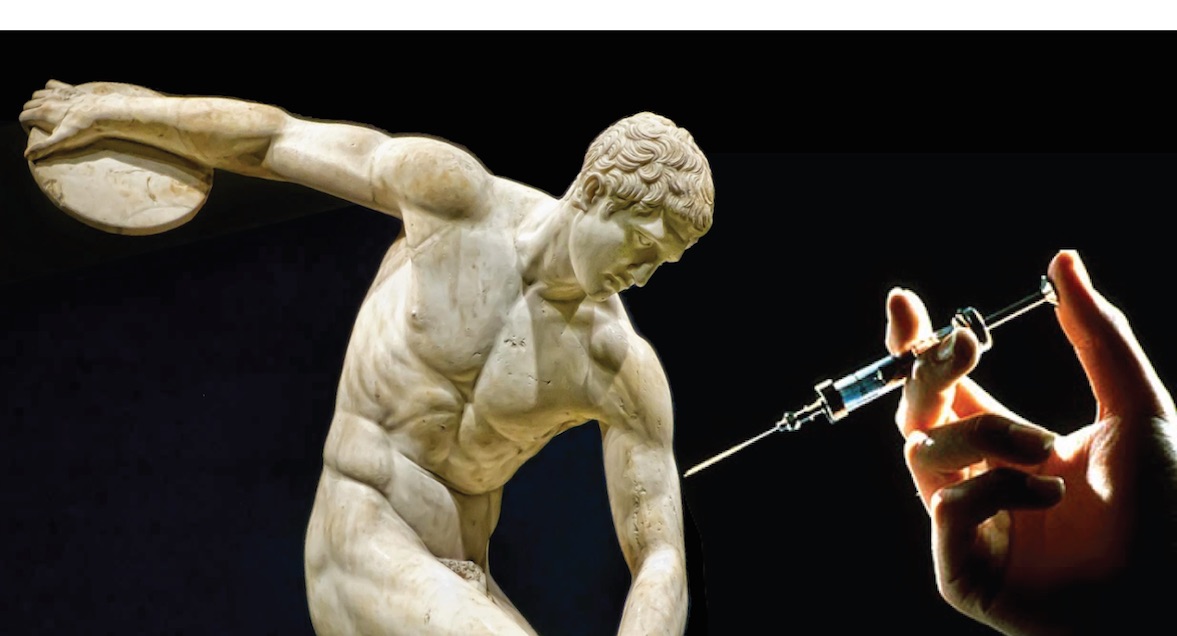 Doping in sports goes as far back as ancient times and the first Olympic Games in ancient Olympia. Since the inception of the competition in 776 BC, historians have written about substances used by athletes to boost their performance.
References about specialists giving Olympic athletes nutritional ingredients to enhance their physical performance abound. Also, ancient Greek athletes tried to increase their physical strength by eating sheep testicles and hearts prior to the games. Sheep testicles are a prime source of testosterone, the hormone that anabolic steroids are designed to produce in modern times.
During the Olympic Games in the Third Century BC, athletes were trying to boost their performance using mushrooms. Philostratus reported that doctors were significantly helpful in athletes’ preparation for the games and cookers prepared bread with analgesic properties. In the First Century AD, it was also reported that the Greek runners were drinking a herbal beverage to increase their strength and to be capable of competing in long duration events.
Athletes were also known to drink “magic” potions and eat exotic meats in the hopes of gaining an athletic edge on their competition. Dried figs, wine potions, herbal medications, strychnine and hallucinogens were also used.
Doping was punished even in ancient times
If athletes were caught cheating, they were punished for their offence. They were banned from the games and their names were often engraved into stone and placed in a pathway that led to the stadium.
To this day, stone pedestals line the entranceway to the Olympic stadium in Olympia, Greece, site of the ancient Olympics (776 BC-394 AD). During these games the pedestals supported zanes, bronze life-size statues of Zeus. Zanes were placed there not to honor the great athletes of the time, but to punish, in perpetuity, athletes who violated Olympic rules.
Cheats were banished for life from competing in the games. Inscribed on each pedestal is the offending athlete’s name, his transgression, and the names of family members. The statues also served as a warning to athletes of the day who had to pass them on their way into the stadium to compete before 40,000 spectators.
Today, one would say that as long as prizes and awards were given to the winners, maybe victory by any means was the sole purpose of many athletes. Maybe noble ideas such as fair play or the great Olympic spirit might be romantic notions of later eras, as people have a tendency to idealize the past.
What is certain though is that as long as the stakes are high, doping in the Olympics is more likely to remain as the disagreeable part of the games.

The Hellenic Initiative has donated a generous grant of $50,000 to the Athens Food Bank to help fight hunger in Athens.
Ancient Greece

Homer's Odyssey, ancient Greece's most well-known epic poem, is officially the most influential story to have shaped the entire world.