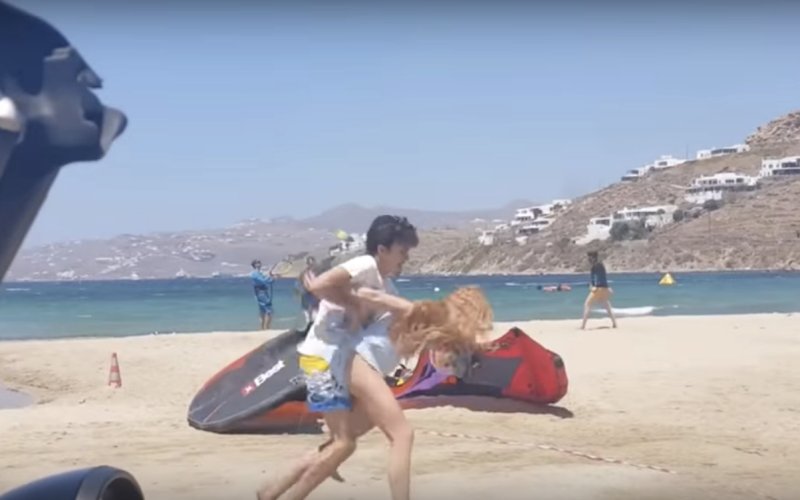 There has been much speculation that the relationship between actress Lindsay Lohan and her Fiance Egor Tarabasov has been tainted by physical abuse.

A newly circulating video of the two in a physical altercation on a beach on the Greek island of Mykonos shows Tarabasov grabbing Lohan forcibly as well as a heated fight.

This video was filmed just weeks after another altercation was caught on tape of the two fighting in London that warranted the police having to force their way into the property, however no charges were made.

Following the incidences, Lohan has spoken out about her turbulent relationship with Tarabasov, admitting that there have been times when he was physically abusive to her in the past.

“I realize now you can’t stay in a relationship just for love,” Lohan told the Daily Mail.

Via a socialite friend releasing a statement, Lohan has since asked for privacy to sort through her relationship with Tarabasov.