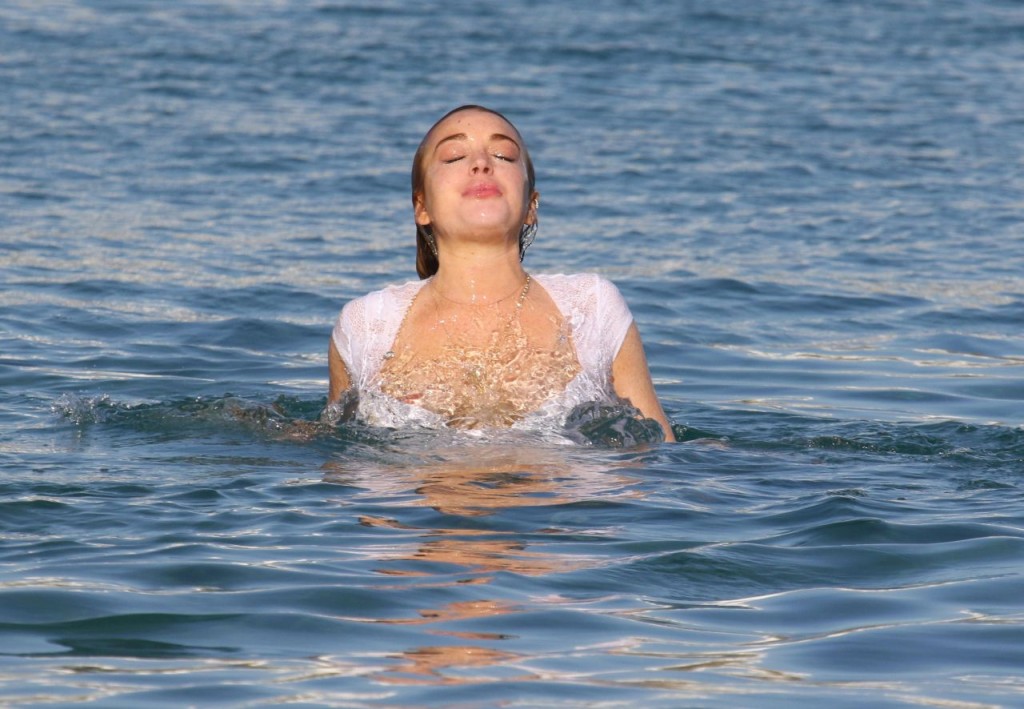 Of the many celebrities enjoying Greek vacations this year, Lindsay Lohan made the biggest splash of all in Mykonos.

The actress dove into the crystal clear waters of Psarou Beach in the middle of the day in what appeared to be white lacy underwear, emerging from the water in barely-there clothing that had become see through.

Plenty of photographs and a video emerged of the starlet splashing around in her clothes.

The beach was packed as the beach bars were in full swing and vacationers were enjoying the sun. Lohan kept on swimming for quite a while, undisturbed by the amount of attention she was attracting.

Lindsay Lohan has been seen around Mykonos quite a lot in the past four days enjoying the Greek sun and party scene.

You can see the video captured by one of the beachgoers here: