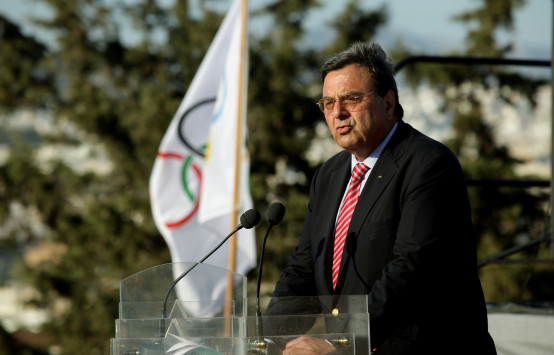 The Greek athletes who have arrived at the Olympic village in Rio have complained that the accommodation conditions are “tragic.”
Specifically, the athletes and officials had to move to a higher floor because the original rooms allocated to them were flooded.
Head of the Greek mission and president of the Hellenic Olympic Committee Isidoros Kouvelos said on Sunday that the accommodation facilities have serious problems, never seen before in Olympic villages.
“The situation is tragic, as far as our accommodation at the Olympic Village is concerned,” Kouvelos said to Athina 9.84 radio station.
“From the outside it is like a jewel, but inside it is like a construction site. The plumbing is out of order, water runs everywhere, there are no mirrors in the bathrooms… Consider that we had to move to another floor because ours was flooded,” he said.
“This is nothing compared to what other missions have to endure, such as the Japanese mission that had to deal with a gas leak. Every morning at the meeting of the mission chiefs there are many complaints heard, and the hosts simply assure us that the problems will be solved,” Kouvelos continued.
“What we have come up against is unprecedented, and of course we never faced anything like it in London or in Beijing, and certainly not in Athens. Workers have abandoned their work at the (Olympic) village because they have not been paid and some of them have even made off with construction materials,” Kouvelos said.
“There is also a problem with transportation. The water polo team missed a practice session because the bus driver could not find the way to the training center. They apologised a thousand time to us, but the fact remains that we lost a practice,” the president of the Hellenic Olympic Committee further said.