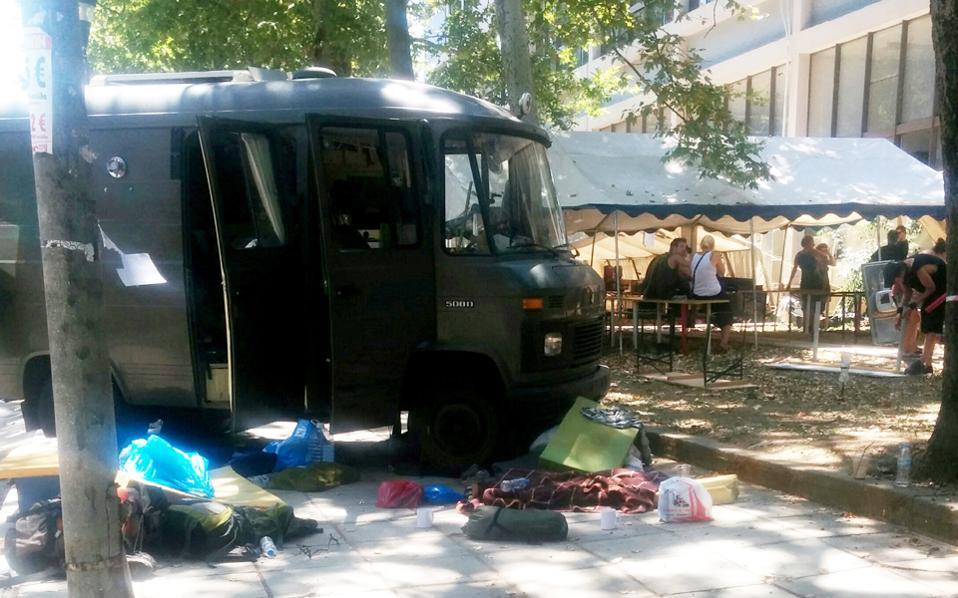 Supporters of the so-called No Border Camp, a movement in favor of refugees, are being investigated for their involvement in two student sit-ins at Thessaloniki’s Aristotle University. Prosecutors on Friday pondered on whether anyone should face criminal charges after the occupations.
The university’s administration is worried that the Theology Faculty is also being eyed by the anarchists for a possible sit-in.
Activists on Friday morning broke locks and stormed the premises of the Philosophy Faculty after the university guards refused to grant them access. They put a banner outside informing of an upcoming “anarchist meeting”.
The administration has called on the people involved in the sit-ins to respect the premises and not cause damage. The dean was concerned about a museum of valuable masks on the university grounds and is worried that computers and books would be destroyed. Sources state that government officials have asked the university administration to avoid taking action that could escalate tensions.
Over the past few days there have been scores of activists from Italy, Germany and the Netherlands arriving at the university grounds and it is expected that the crowd will swell to over 2,000 people on the weekend with concerts and a stage set up on campus. There are fears that a makeshift refugee reception center may be set up.