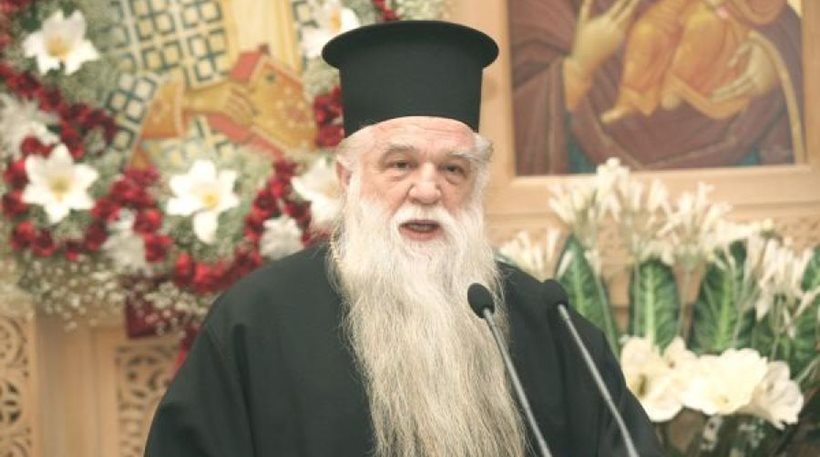 Metropolitan bishop Ambrosios of Kalavryta, the same member of the clergy that encouraged members of his flock to bash homosexuals, spoke of paranormal events that took place in his room last Friday.
The outspoken bishop outlined the events on his blog. Stating that on Friday night, while working on his PC, he heard classical music and a loud thumping noise from upstairs, as though something had fallen. He wondered if a burglar had entered his Diocese and waited to hear more before continuing work on his computer. At midnight, however, upon entering his room, he encountered smoke everywhere. Turning to face the icon stand, he noticed that a torch had caused a fire. He was worried that the fire would  spread but managed to put it out.
Upon entering another room, he encountered smoke in that room too and rushed to open the window behind the television set. He then noticed that the covering of the heater had been pushed outwards.
He states that the thump had been a divine sign from Jesus that he ignored, however God had intervened to protect him from a large fire. He thanks the Lord for protecting him from the Devil yet again.