Tsipras Points to COSCO Deal As a New Phase for Greece 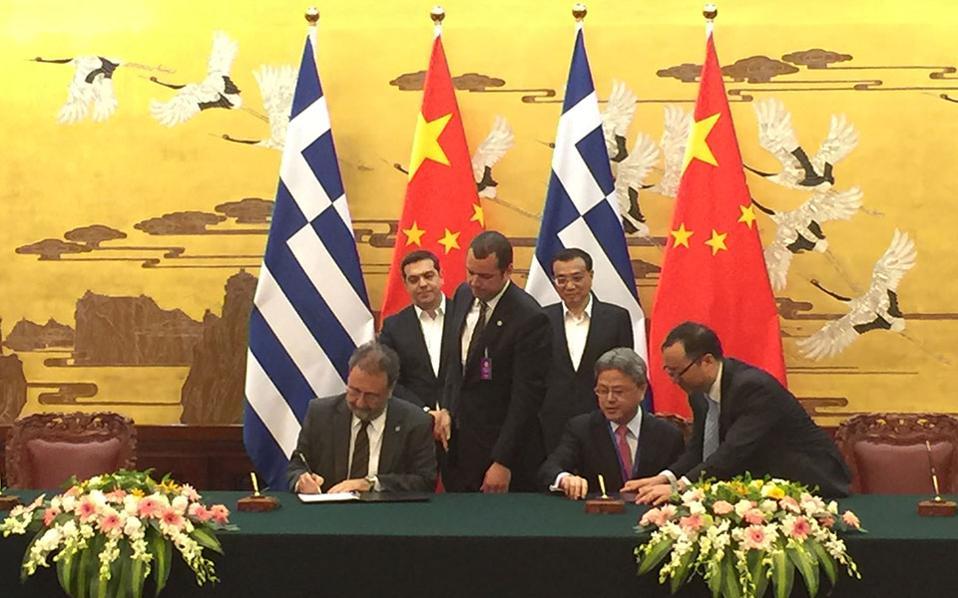 Greek Prime Minister Alexis Tsipras signed a deal with Chinese shipping giant COSCO on Monday in an effort to “help the country stand on its feet.” Addressing a business forum in Beijing, Tsipras said that “we are sending a strong message to the international markets that Greece is decisively entering a new phase.” He said that Greece, with this deal, was finally turning the page after years of uncertainty.
COSCO and the Greek state privatization authority TAIPED officially signed an agreement for the sale of a majority stake in the Port of Piraeus (OLP). The initial agreement had been signed in April. According to the 368.5 million euro deal between COSCO and Greece’s privatization agency TAIPED, the Chinese company is to buy 51 percent of Piraeus Port Authority (OLP) for 280.5 million, with a further 16 percent for 88 million after a five year period. It is also contingent on COSCO completing investments worth 350 million euros over the next decade.
At the same forum, Chinese Prime Minister Li Keqiang said that his country will help Greece become stronger inside a stronger Europe.

The Day Kapodistrias, the First Leader of Modern Greece, was Killed