GRNews
GreekReporter.comLifeentertainmentThe Evolution of Greek Lover: From the Kamaki to Mr. Trendy

The Evolution of Greek Lover: From the Kamaki to Mr. Trendy 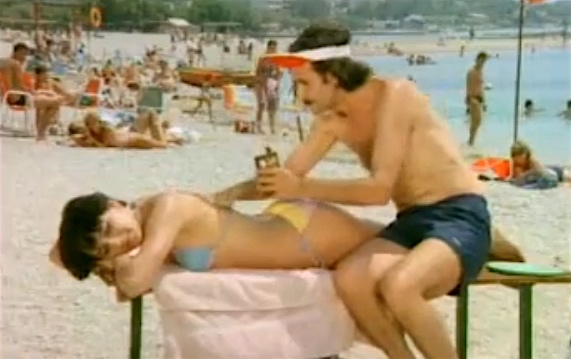 By playing in Greek movies, approaching strange women in bars or enjoying their coffee with friends, Greek men have become throughout the years something like urban legends, while much has been written by women struggling to understand them. Just look at the movie Shirley Valentine or the Greek movies being filmed during the golden era of Greek cinema in the 60’s and 70’s to find the stereotype of the Greek male, who is always ready to meet the love of his life by any means possible.
“Take a look at Zorba the Greek, a man forged by his many adventures and his own life. Then take a look at the young Greek male you will find playing backgammon at a cafeteria in Athens. There is no relation between the two Greeks,” says Afroditi, an elder cafeteria owner in the center of Greece’s capital.
Mr. Trendy
Forget everything you knew about the Greek lovers of the 1960’s. The hairy chest combined with jewelry and the traditional golden chain have been replaced by trendy Greek men, who pay attention to even the smallest detail and follow every new fashion trend.
“Today, Greek men pay as much attention to themselves as women do. Some of them, even more,” argues a hairdresser, who maintains a pretty big male clientele at his salon.
“Nothing is considered as being a taboo for men of modern Greece, body hair removal, pedicure, manicure and hair dyeing are very common services we provide to men,” admits the hairdresser.
While taking a stroll up and down the road along the beach in Athens, one will encounter men with particularly well-gelled hair, even at the beach, wearing light and bright summer clothes, trendy trunks and of course, flip-flops. Fashion plays a very important role for every Greek man, as women increasingly tend to pay more attention to well-dressed and well-groomed men.
“Men shop a lot! They tend to spend much more than women do, and even pay attention to small details, like fancy and trendy accessories, such as a stylish male armband or a good pair of sunglasses,” says Yianna, an employee at a big centrally located department store, while adding, “I don’t think that this is necessarily bad. To be honest, I would prefer a man who takes care of himself, as today this is something expected by everyone.” Upon being asked about the stereotype of the Greek lover and if she is in favor of him, the young woman laughed and gave a negative reply.
Kamaki vs Trendy Tactics


Nevertheless, it is fact that while waiting at the beach bar together with your female friends, modern Greek men may approach you with several tequila shots starting small talk and throwing clichés out there like: “We’re on the same island. That can’t be a coincidence.” So, the stereotype of the Greek lover seems to be still alive today. The “kamaki,” as this tactic is called — Greek for “fishing lance,” as the tactic bears similarities to catching fish,– is widely known in Greece, although a bit out of date. But if a woman falls in the trap of the Greek man and reaches the third stage, nothing will be the same, as Greek lovers are always prepared to offer their partners the best possible experience.
Foreign Competition to Greek Men

Nevertheless, are men in Greece actually any better compared to other nationalities? What about Italians, with whom Greeks share a common fiery character?
Italian men are also very well-dressed, as Italy, of course, is the capital of fashion. Italians will flirt with a woman, making her feel like she is the center of the world. In bed they’re as persistent as the Italian Mafia and won’t leave unless their partner is fully satisfied. It is said that having sex with an Italian man is like eating a mille-feuille pastry, as there are thousand different layers and variations to choose between.
Concerning men from northern countries, Scandinavians are the best example, as they love Greece and visit the Greek islands in the summer, where they try to experience their own Greek myth.
A Scandinavian man usually wears shorts paired with Velcro sandals and drinks a lot of Greek ouzo and tsipouro, prior to asking a woman directly, if she wishes to follow him back to his hotel room. In case she refuses, her girlfriend standing next to her will be his next target.
Agreeing though to the proposal, will introduce a woman to a whole new world, where intermission is not part of the program. So, be well prepared and order something in before getting into the game!
Last, but not least, Americans and British are also great competitors to Greek men. Having sex with an American man is like eating fast food, quick and satisfying. But every woman should be prepared to become a teacher and guide him through every step. However, he won’t say no to any proposal.
British lovers, on the other hand, are like a popsicle during sex; cold and you don’t even know if it’ll be enough. While approaching women drunk, British men will accidentally spill their beer all over their target. But they are very open and meet new people very fast. Any hopes for something more permanent shouldn’t be brought to the game, especially if you have a hint of Greek temper.
It appears that Mediterranean lovers, like Greek, Italian and Spanish men, have the most to offer to women and should be worth a try. So, on your next trip to Greece or to any other country mentioned above, take time to explore the local people!