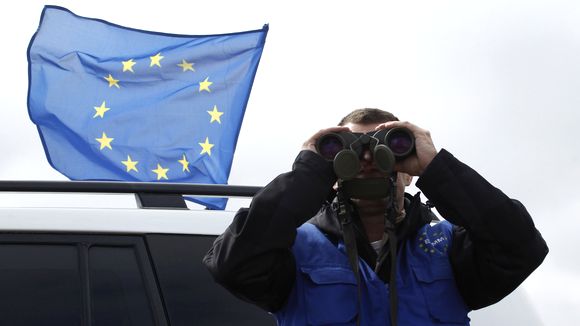 The European Union has agreed to the creation of a new European border and coast guard following a joint decision by the European Commission, European Council and European Parliament. This paves the way for the operation of a border guard this summer following the approval of the EP’s Civil Liberties Committee followed by the EP Plenary vote on June 27.

The new border patrol will better manage the migrant influx after more than a million crossed into Europe’s borders in search of jobs and safety over the last year. Dutch Migration Minister Klaas Dijkhoff said on Wednesday that the new group would give the EU “more control over migration streams.” For Greece, the new rules could have repercussions, resulting in more officials being involved in the control of the country’s borders.

The new patrol would rely on infrastructures already in place, such as Frontex, that will be strengthened with personnel and equipment from EU member states. A number of questions are raised concerning the power of the new body as it is stated that if one EU member state refuses with the European Council’s decision for assistance, then other EU member states would be able to set up temporary controls at their borders.

European Commission President Jean-Claude Juncker said: “The agreement on the creation of a European Border and Coast Guard shows that Europe is able to act swiftly and resolutely to deal with common challenges. This is an idea whose time has clearly come: The Commission said it back in May 2014, and I said it during my election campaign – that we need to strengthen Frontex significantly and develop it into a fully operational European Border and Coast Guard system. The Commission has been working constructively with our partners in the European Parliament and Council since we tabled the proposal last December and I would like to thank in particular the Dutch Presidency, my First Vice-President Frans Timmermans and Migration Commissioner Dimitris Avramopoulos for their tireless work on this important project that will show to the world: As of now, Europe treats the protection of its borders as a common mission of solidarity.”