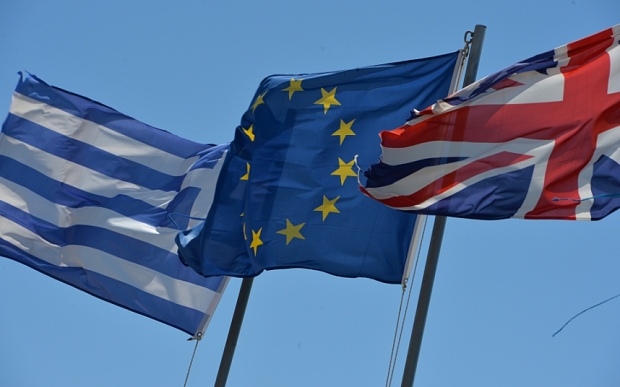 All eyes are turned to Britain with just a few hours to go before the country heads to the polls on Thursday to vote on a crucial referendum on the United Kingdom’s European Union membership. In the case of a Brexit, there will be a ripple effect with consequences to be felt throughout Europe showing just how interconnected countries have become.
Greece
Greece was one of the countries that benefitted as fears of a Brexit loomed over Europe with EU officials showing greater leniency. This, of course, will end if Britain leaves the EU with Greece having plenty to lose. There will be economic problems in the eurozone if Britain leaves, causing problems for Greece, one of the weakest members. Estimations by the International Monetary Fund and the Organization for Economic Cooperation and Development estimate that annual gross domestic products would shrink over the coming years if the UK leaves the EU as trade with the UK accounts for 1.5 percent of total employment in the Eurozone. Greece would lose out in exports and may see a drop in British tourists, a vital source of income for Greeks. Furthermore, the country would suffer from the 10 percent reduction in EU cohesion funds that Britain’s exit would imply.
Ireland
The ties between Britain and Ireland have always been tight, and there is concern that Britain’s exit from the EU could cause major impact to Ireland’s biggest banks. Trade relations between the two countries also support 40,000 employment positions, however, the shutting down of borders would mean a rise in unemployment. The two countries would need to create a new framework for trade. On the other hand, Britain’s departure may give Ireland a growth spurt as a number of businesses may transfer their operations to the north.
France
A Brexit would bring a new wave of Euroscepticism. That is why France would need to take a tough stand against Britain and ensure that it does not enjoy any of the privileges that it is afforded as an EU member. As a core EU member, France will need to convince a German-bloc that may be more inclined to take a softer approach to clamp down on the UK. Problems will be caused by the fact that 160,000 French people live in Britain and 400,000 Brits live in France.
Belgium
Belgium is one of the biggest trade partners with the United Kingdom, hence there will be huge economic ripples felt.
Luxemburg
A Brexit may be good for local business as British businesses may move here to continue operations, however, this will create a moral strain on the country.
The Netherlands
A rise in euroskepticism would prevail following a Brexit.
Germany
A strong blow will be dealt to the country’s morale and belief in the European dream. UK, the middle man between Germany and France, will no longer be around to keep a balance in dynamics. The Brexit may strengthen Germany’s voice in the EU, something that will not please many other member states.
Czech Republic
Euroskepticism is growing by the day with pressure for a similar referendum to be held. Prague is doing all it can to ensure that an EU-UK divorce would be lined with velvet.
Poland
Huge financial repercussions will be felt as many Polish people live and work in the UK. There is fear that these people would return to their countries, spiking unemployment rates.