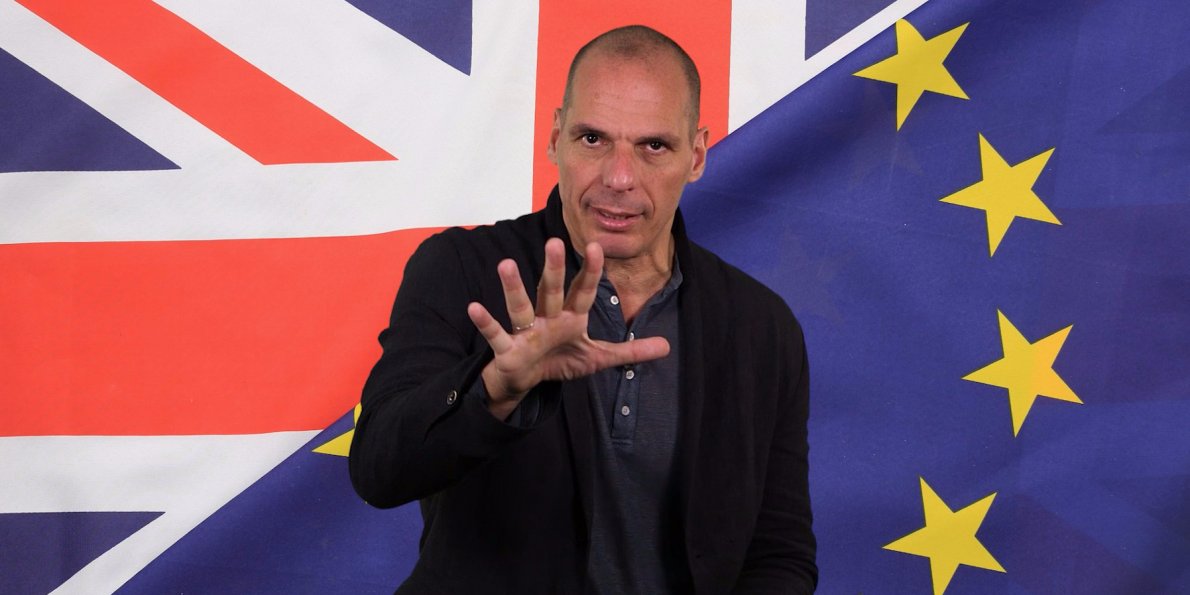 Greek former finance minister Yanis Varoufakis, the man who recently admitted that the Radical Left Coalition (SYRIZA) had agreed to threaten its partners with Grexit, is now urging Britain to avoid a Brexit. The maverick economist is backing support for keeping ties with Brussels.
Varoufakis is joining forces with shadow chancellor John McDonnel and Green Party MP Caroline Lucas to pursuade UK voters to vote against a Brexit during the referendum on June 23, less than a month away.
A large number of Labour voters are expected to vote to leave the EU because of their concern on the effects of immigration. Writing for the Guardian, Varoufakis said that prosperity for Britain “can only be won in the context of a pan-European struggle to democratize the EU.” He said that a Brexit would not restore “sovereignty, rationality or public services to Britain”.
The staunch supporter of the “No” referendum for Greece, is now backing the “Another Europe is Possible” in the UK and making the left-wing argument for the “Remain” Campaign.