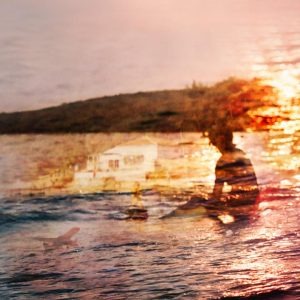 When the National Theatre commissioned Alexi Kaye Campbell to write a play a few years ago, he knew that it had to be about his native Greece.

The award-winning playwright and screenwriter was born in Athens in 1966 as Alexi Komondouros, to a Greek father and a British mother. Alexi spent his childhood in Greece later traveling to the U.S. to attend university and on to the UK afterwards.

Returning to his native Greece over the years and all that he has witnessed in recent times is what inspired him to write his latest masterpiece.

According to theguardian.com, Alexi explained, “I have spent the last few years witnessing the endless drama of its spiraling descent into economic turmoil and sociopolitical chaos. On my many trips back to the country, I watched friends losing their jobs, relatives struggling to keep their businesses afloat, people having to move abroad in search of employment and a better life. And they are the lucky ones. In the early hours of the morning I have witnessed people scavenging through bins to feed their families and heard accounts of children fainting at school due to lack of food.”

“I was by now living in the UK but all these things urged me to write about the country I grew up in – the country that infuriates me but that I also love with a passion,” he said.

Alexi returned to Greece to write the play Sunset at the Villa Thalia, which deals with the struggles of Greece and its people to find their own unique identity while indelibly influenced by outside forces.

“I felt it important to be in the place that inspired it and to absorb the arguments and feelings swirling around. I came to realize that many of the problems being faced today have their roots in a troubled history that shaped both Greece’s resilience and its susceptibility to a string of foreign influences. It became clear that in writing a play about Greece’s fate and aspirations, I had to include characters from the countries that had so markedly shaped its destiny over the past 100 years: Britain and the United States,” Alexi told theguardian.com.

Sunset at the Villa Thalia is at the Dorfman Theatre, London SE1, until August 4.