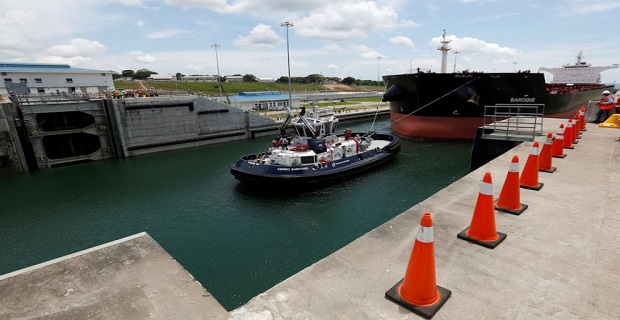 The container ship Cosco Shipping Panama, which on June 26 will be the first to pass through the expanded Panama Canal, set sail Saturday from the port of Piraeus, Greece, on its way to this Central American country, official sources said.

Canal administrator Jorge Luis Quijano, currently in Greece with a delegation of the Panama Canal Authority, or ACP, had the chance to meet the ship’s captain, Jude Rodrigues, and his crew, before the container ship makes the 14-day crossing, the ACP said.

“It was great being able to meet the captain and crew and see the quality of the team that will be piloting the ship through the waters of the canal together with our personnel who will be aboard that day from very early on,” Quijano said in an official statement.

On inauguration day, the ship will start in the morning in the locks of Agua Clara on the Caribbean side, and will end in the locks of Cocoli on the Pacific in the afternoon. The rest of the crossings will continue the next day, the statement said.
(source: EFE)