TechNews
GreekReporter.com entertainment Celebrities Athina Onassis May Not Be a Billionairess Anymore!

Athina Onassis May Not Be a Billionairess Anymore! 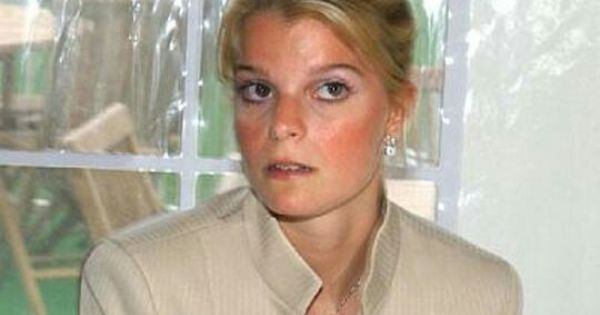 Athina Onassis, heiress to the once-mythical fortune of Aristotle Onassis, is assumed to be rich though nobody can estimate for certain how much she is worth. She inherited the fortune of her mother and half of her grandfather’s wealth that would have been enough to keep her in the lap of luxury.
Onassis biographer Dimitris Lymberopoulos wrote that Christina Onassis bequeathed real estate worth 40 billion dollars, deposits worth 40 million dollars in the united states and 90 million dollars in South America as well as investments worth 200 million dollars in various ventures in shipping, tourism aviation, construction and iron as well as unknown amounts in Swiss banks.
When the heiress came of age, a trust fund with all her property was held by her father. A father-daughter fued began when she met Doda, her soon-to-be-husband and she demanded the legacy left to her. Both sides agreed on a settlement where the young heiress is believed to have transferred 100 million dollars.
Soon after came a huge sell-off which many people attribute to an attempt by Onassis to cut off with her past and start anew. Others still see it as an effort to continue her expensive hobby, equestrianism. She sold off:
♦The Foch Avenue penthouse in Paris.
♦The Cristal Villa at Saint Moritz, Switzerland.
♦Prime real estate of 3.5 hectares at Glyfada, on the south cast of Athens.
♦The island of Scorpio, sold for 117 million euros.
♦Her mother’s jewelry went under the hammer at Christie’s for 4 million dollars for 40 rings, necklaces, earrings and other personal items
In 2014, articles published claimed that Athina had less than 500 million euros to her name. In 2015, she turned 30 and received a trust believed to be worth 300 million dollars in cash and 350 million dollars in shares and 150 million dollars worth of gold.
This means that the golden heiress is a multi-millionaire but no longer a billionairess.
The divorce with her playboy husband, Alvaro “Doda” Affonso de Miranda, who she met when still a teen will further eat into her wealth. The pre-nuptial agreement signed means that Alvaro will get 45 million dollars for his 11 years of marriage to the Onassis heiress. The agreement states that she would need to offer him one million dollars for every year they spent together as well as 50 percent of the 60-million-dollar company they hold together.  Judicial costs for the divorce will be at around 4 million dollars.

The roofless church of Panagia Kakaviotissa on the island of Limnos is one of the most impressive Greek Orthodox churches in the world.
Greek Food