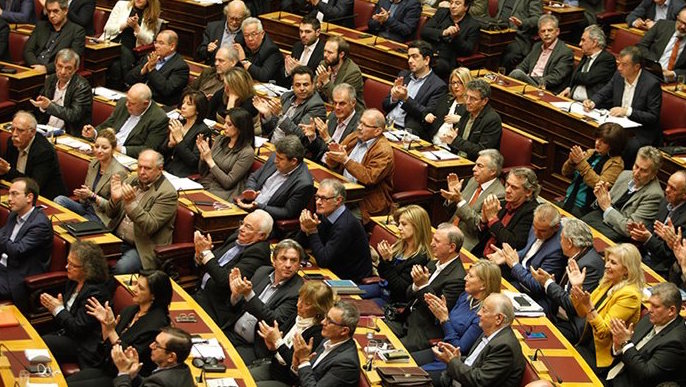 The plenary session for the voting of the multi-bill regarding the latest austerity measures, was hostile to say the least, the plenary session started this morning and will carry on through Sunday.
The government led ANEL-SYRIZA party and opposition party, New Democracy are ready and in “battle position”, this was made clear when their parliamentary committees engaged in verbal debates and arguments.
Alexis Tsipras and Kyriakos Mitsotakis are expected to continue to argue heavily, with the argument focusing on expense cutting and the Asset Development Fund.
The Maximos Mansion and ND‘s central offices have been going back and forth since Friday, through a number of written announcements, highlighting the attitude and intensity with which the Prime Minister and Kyriakos Mitsotakis will continue to debate over the bill.
In addition, the majority of the opposition parties, including PASOK, To Potami, the Communist Party, the Centrists Union and Golden Dawn, have declared that they will vote down the new bill. ND has planned a specific strategy for voting against the majority of the bill. It is absolutely necessary for PM Tsipras and his party to unite the Greek government in order to proceed with the evaluation of the Greek bailout.