Olympic Grexit: Greece Without an IOC Representative in Rio for First Time 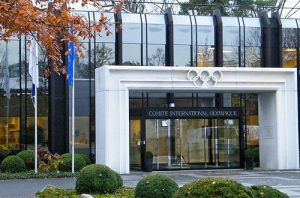 Greece will be without a representative at the International Olympics Committee (IOC) — the governing body of the games — for at least a year, reports Greece’s daily newspaper Kathimerini. This will be the first time that the birthplace of the ancient Olympics will be without a representative in Lausanne, Switzerland, since the revival of the modern games in 1894.
Greece’s candidate Lambis Nikolaou departed from the committee having exceeded the age requirement, meaning that the country has been without a representative since the start of January 2016. The Greek candidacy was put on “ice” after pressure placed by hopefuls to enter the hierarchy of immortals. The Hellenic Olympic Committee has already been informed that there would be no Greek participant with voting rights at the summit in Rio this August. The ex-king of Greece, Constantine II, and Nikolaou will be present at the meeting, however they will not have the right to vote.
Head of the Election Committee is Princess Anna of the United Kingdom, with the final discussion being made by the General Assembly. The four Greek candidates are Spyros Kapralos, Isidoros Kouvelos, Stelios Angeloudis and Petros Synadinos.