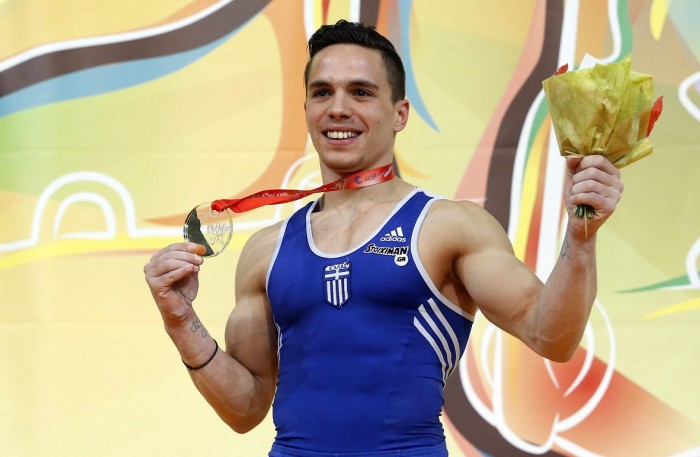 The Hellenic Olympic Committee announced that first Torchbearer in the Torch lighting ceremony for the “Rio 2016” Olympic Games will be World Champion Lefteris Petrounias.
The World Champion in Men’s Rings will receive the Olympic Light from the High Priestess, who will be played by actress Katerina Lechou, in a Ceremony to be held on April 21 in Ancient Olympia. Then Petrounias will relay the Olympic Flame to the second Torchbearer, Brazilian former volleyball player Giovane Gavio.
Speaking about the honor of being the first Torchbearer, Petrounias said: “It is the continuation of a wonderful year, as 2015 was for me. It really is the highest honor for me to be the first athlete to keep the Olympic Flame and I’m really excited about the decision of the Hellenic Olympic Committee. The idea gives me goosebumps.”
And he continued: “Generally I’m not someone who gets nervous over things. But I believe that this time I will be nervous. I have spoken with Spyros Gianniotis, who was first Torchbearer for the Olympic Games in London and he gave me some pointers, but the feelings that I have cannot be described with words.”
Petrounias said that the honor he received has boosted his morale regarding his participation in the Rio Olympics. He said he is optimistic about his performance and wishes he remains healthy until then.