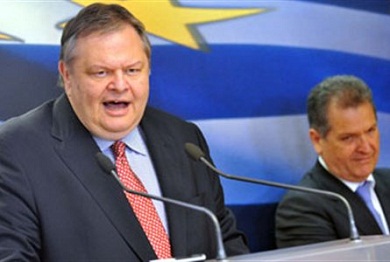 A team of British police officers are heading to Kos in search for new witnesses that will assist in the case of Ben Needham –– a toddler who went missing almost 25 years ago.

Ben Needham was 21 months old when he vanished on July 24, 1991 after travelling to Kos with his mother and grandparents. Ben had been taken to the site, in Irakles, by his grandmother, Christine Needham, to visit his grandfather Eddie.

Over the years, there have been a number of possible sightings and a range of theories about what happened to Ben who would now be 26. South Yorkshire Police announced that they had received extra funding from the Home Office to assist in the search. The official campaign to find Ben “Help Find Ben Needham” led by his mother, Kerry, confirmed that a team of ten officers will fly to Kos. In a Facebook statement on Help Find Ben Needham, it says that the police are hoping to find new witnesses, while they urged the locals of Kos to come forward with any piece of information that might supported the case. The announcement also said that the police will give a Press conference at the farmhouse from where Ben went missing.

Alternatively, people can send an e-mail to the English investigation team at [email protected]

The Chronicle of Ben’s Search:

On July 25, 1991 the Needhams joined police in search for Ben but find no trace. Almost two months after Ben’s disappearance, the Needhams return home to Sheffield having run out of money to sustain the search. In 1995, a blond boy, around the age of six was found to be living with a Gypsy family in a camp located in Thessaloniki, Greece. The child claimed he had been given to the Gypsies after being abandoned by his biological parents but there was no evidence to suggest it was Ben. Detectives investigating several leads in Ben’s disappearance spoke to the gypsy family. In 1996 Ben’s grandparents met with a prisoner in Larissa who claimed to know someone holding Ben; however this ultimately failed to produce a positive sighting. In May 2012, a digger driver claimed he was excavating in the area at the time of the disappearance; police consider excavating land in Kos to look for Ben’s body. In October 2013, Greek police are handed a video of a man in Cyprus with a “striking resemblance” to a computer-generated image of how Ben would look now. However, a DNA test proved that the man is not Ben. In January 2015 Home Office announces that it received extra funding for the Ben Needham investigation, several weeks after his mother threatened to sue the Home Secretary; in May of the same year Kerry Needham travels to Athens to make a direct TV appeal on Greek missing persons show Light at the End of the Tunnel (Fos sto Tunel).

Thursday's coronavirus summit resulted in a surprisingly swift decision to issue vaccine certificates to ease travel by the Summer of 2021.
Greek News

A tiny islet off the coast of Attica near the Kaki Thalassa area has such a shape that it gives the impression it features a swimming pool.
Crime