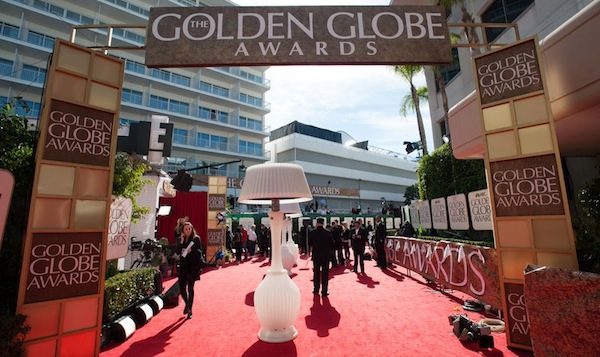 The Hollywood Foreign Press Association (HFPA) and Dick Clark Productions will present the 74th Annual Golden Globe Awards on Sunday, Jan. 8, 2017. The ceremony will air on NBC live from 5-8 p.m. PT / 8-11 p.m. ET from the Beverly Hilton in Beverly Hills.

The Golden Globe Awards are viewed in more than 236 countries worldwide and are one of the few awards ceremonies to include both motion picture and television achievements.

This year, NBC’s telecast of the 73rd Annual Golden Globe Awards scored as the #1 entertainment telecast on the Big 4 networks for the primetime week of Jan. 4-10, according to Nielsen Media Research, which also ranks the Golden Globe Awards #1 among non-sports programs on ABC, CBS, NBC and Fox in adults 18-34, adults 25-54 and all key adult-female demos.

Additionally, in 2016 the Golden Globes were a huge event not only on TV, but also on social media. On Twitter, beginning three hours before the live show through 10 minutes after it ended, 4.4 million Golden Globe Awards-related tweets were sent globally, resulting in a total of 1.2 billion views. On Facebook, more than 9 million users globally participated in a total of 19 million interactions on show day, which included posts, comments and likes.