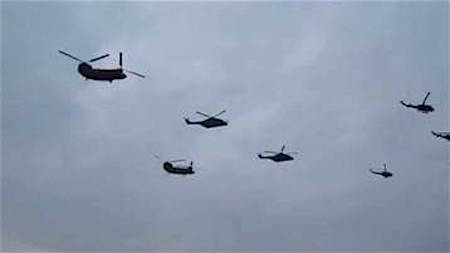 The Greek army launched an unscheduled military exercise Thursday along its border with FYROM and a cluster of islands near Turkey, with fighter jets passing over a tent city in Idomeni near the border.
Sources within the Greek army confirmed that emergency maneuvers had been ordered in the northern city of Kilkis and in Oinousses, a chain of Greek islands off the coast of Turkey. The drills involved an airborne special forces unit backed up by aircraft, and air defense units along the island chain.
The military exercise comes at a time of increasing tension among Greece and the two neighboring countries over the refugee crisis. On Wednesday, for the second time in three days, clashes erupted at the tent city between FYROM police and refugees protesting the border closings that left more than 11,000 of them stranded in the camp.
(source: VOA)