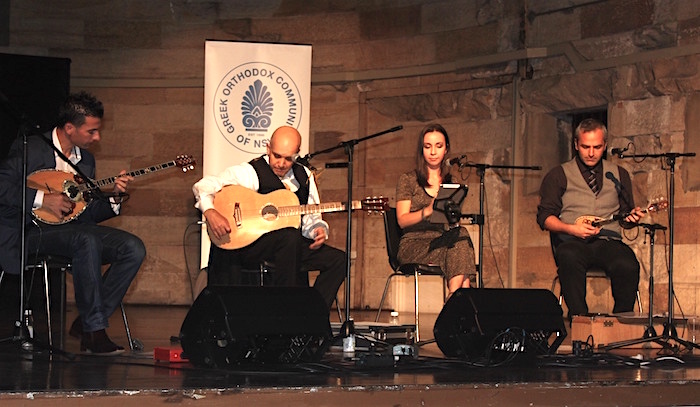 More than 200 people filled the spectacular Cell Block Theatre at the National Art School in Sydney on Friday April 8 for the Vasilis Tsitsanis: Songs of the Peopleconcert presented as part of the 34th Greek Festival of Sydney.

The sold out show was performed by Melbourne-based musicians Stavrina Dimitriou, Dean Georgalas, Con Kalamaras and Achilles Yiangoulli, who paid tribute to the iconic Greek composer and bouzouki player Vasilis Tsitsanis, focusing on some of his most memorable and celebrated works from the 1940s and 1950s.

The Cell Block Theatre was the ideal venue to host the performance of some of the finest songs written and composed by Tsitsanis, one of the founders of modern Rebetika. Audiences were completely enthralled by the outstanding performance, with many leaving their seats to dance. The old Darlinghurst Gaol was perfectly atmospheric and complimented the masterful delivery of these moody blues.