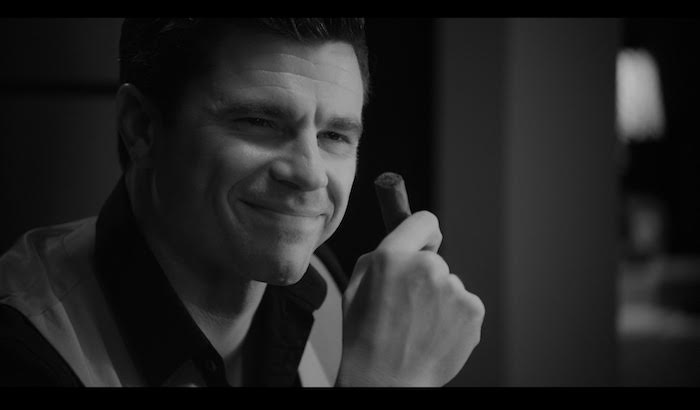 The film was directed by Hunter Lee Hughes, who had studied along with Christos Vasilopoulos under the respected Ivana Chubbuck. We spoke to the Greek actor, who told us that he and Hunter had been close from their days in class, and Hunter had asked Christos to be in his first film from way back then because the duo worked so well together.

In a nutshell, this black and white artistic film is about the loss of innocence and the discovery of creative power. Christos plays a very sophisticated theater director who is close to the main family; he both observes and is affected by his friends’ crumbling marriage in the film.

Beyond the mian plot, “Guys Reading Poems” has some intriguing complexity and depth. As Christos told us, “I describe the movie as a dream where the dreamer is slowly waking up”. At first, the story and scenes may not seem so traditional, but the movie’s dreamlike state ends up turning into reality.

Other recognizable names in the film include Rex Lee, known mostly for his work on “Entourage”, and Patricia Velasquez, who worked on “The L Word”, “Arrested Development” and “The Mummy” movies.