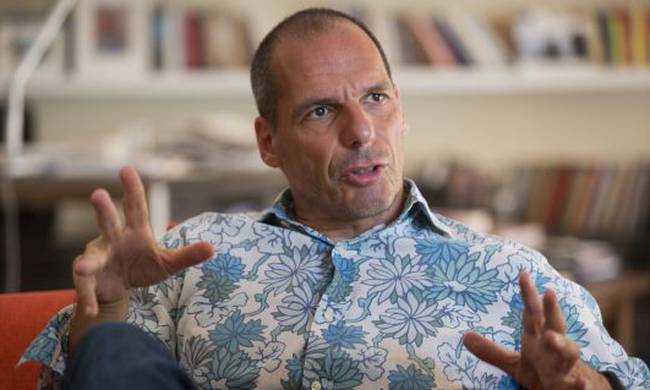 Former Greek finance minister Yanis Varoufakis discussed for the umpteenth time the other day his tenure with the government of Alexis Tsipras.
Speaking on Bloomberg, Varoufakis said that he was not “fired,” but resigned after he realized that things were not going the right way.
The flamboyant ex-finance minister said he had placed all his hopes on an agreement that would end the Greek crisis. But this was not the troika’s s intention, added Varoufakis.
“The moment I realized things were not going right,“ I decided to step down, said Varoufakis.
“We are pretending that we solved the problem, but everyone knows that the program lacks economic logic,” said the ex-finance minister.
According to Varoufakis, the end of the Greek crisis will come only through the reduction of surpluses to 1% of GDP, debt relief, and radical reforms.
Effective last month, Varoufakis leads now DIEM25, a pan-European movement with the aim of democratizing Europe by 2025 as, according to the movement’s Manifesto, the era of the nation-state is over and the current EU architecture lacks accountability and its institutions are mainly undemocratic.
DIEM25 was launched late February in Berlin and it has already attracted support from major thinkers and activists around the world.
The next presentation of DIEM25 is scheduled to take place on March 23 in Rome.