GRNews
GreekReporter.comEurope'Akropolis' Football Team in Sweden Shoots for the Stars

‘Akropolis’ Football Team in Sweden Shoots for the Stars 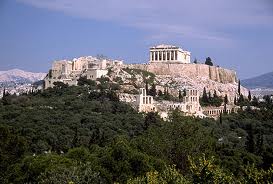 Akropolis Idrottsförening, is Sweden’s football team that was founded by Greek expatriates and is currently amazing everyone with its fast progress. Featuring blue and white colors on its uniform and bearing a badge with the Parthenon, the team is working hard to reach the top.

The team was founded in Stockholm, in the late 60s, by late Theofilos Tsapos, who first created a basketball department. In 1969, the football department was founded, whose current leader is Lambros Mitsis. Mitsis, along with 10-12 Greek businessmen (who live in Sweden), support the team financially. In addition, there are plenty of sponsors who help cover the functional costs of the team without causing any debts to the club.

Last year, the team was close to getting in the second division of the Swedish Championship, but unfortunately didn’t make it. The next Championship, begins in April.