GRNews
GreekReporter.comGreek NewsCultureClean Monday Traditions: Greek Recipes and How to Make Your Own Kite...

Clean Monday Traditions: Greek Recipes and How to Make Your Own Kite [video] 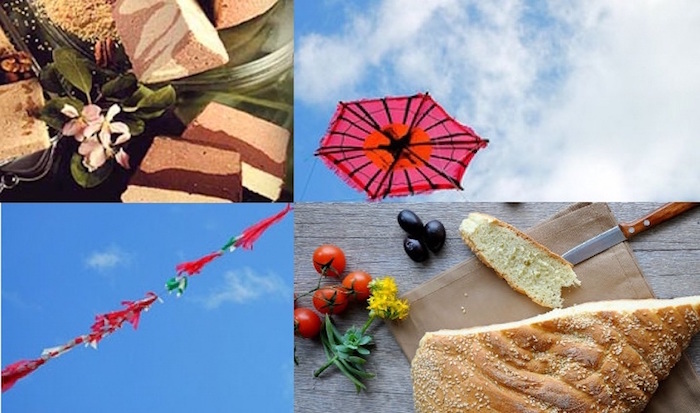 Clean Monday, also known as Ash Monday, marks the beginning of the 40-day Easter Fast as well as the end of the Carnival. The fast lasts 40 days, just like the number of days that Jesus fasted in the desert. Clean Monday is celebrated 48 days before the Sunday of Jesus’ resurrection, the Orthodox Easter.
Traditions of Clean Monday Around Greece
There are a number of traditions held around Greece regarding Clean Monday…..

Recipes for the Ash Monday Table
In several regions in Greece, on Ash Monday, people clean out their fridges, from whatever is left from the non-fasting foods of the carnival. The table of Ash Monday includes fasting dishes like chalva, tarama, olives, pickles, sea food and bean soup. The food is accompanied by lagana, which is a type of flat, crispy bread without sourdough.

Recipe for Taramosalata:
Ingredients:
1 kilo of potatoes
250 grams of red or white tarama
juice from 2 lemons
300 grams of olive oil
Clean and peel the potatoes, chop them into pieces and boil them. After they’ve boiled, puree them in a mixer. Add the tarama. Gradually add to the mix, the lemon juice and olive oil. Wish for as long as you want, depending on how “fluffy” you want the mix.
How to Make Your Own Kite:
A very well-known custom of Ash Monday and especially a loved one by the children, is kite flying.
Even though today, most people buy the kites at a shop. In the olden days the kites were hand-made with wood, newspapers, glue and string.
Here is a video if you feel up to the challenge of making your own kite!:

Olaf Scholz Voted in as New Chancellor of Germany