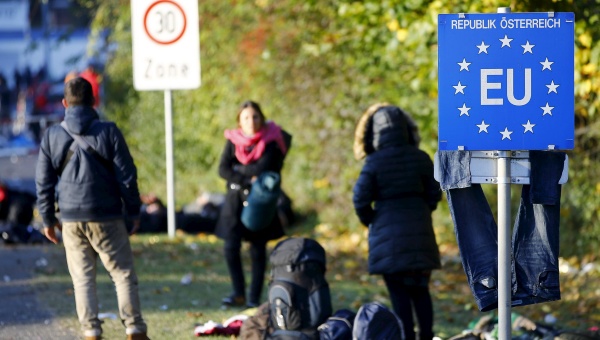 Austrians living and working in Greece sent an open letter of protest to the government in Vienna, asking for a more responsible stance on the refugee crisis.

Austria has imposed a cap on the number of refugees it would accept and held a mini-summit of eastern European and Balkan states in which it was agreed that restrictions would be tightened to stem migration flows coming from Greece.

Prominent Austrians who are long connected with Greece appealed to their nation’s coalition government to stop its callous policy of shutting its borders and prompting neighboring countries to do the same.

The signatories of the letter who condemn the Austrian government are academics, archaeologists, teachers and retirees. “The Austrian government needs to understand that individual, national approaches fail to produce results, also because solitary advances contradict the basic tenets of the European program, which is meant to serve as the foundation for a new generation.” they wrote, inter alia.

“Pushing solutions to the refugee crisis that rely on increasing the pressure on Greece is counterproductive, unrealistic and irresponsible. The Austrian Minister of the Interior maintains that “that will put an end to perilous journeys across the Mediterranean.” No, Mrs. Minister, it won’t!”, the letter said.

“It seems that Greece, often disrespectfully called the “soft belly” of Europe, was assigned the role of henchman, carrying out European barbed-wire politics. Is this the underlying objective of Austria’s advances?” the signatories ask further on.

“The Greek state is supposed to master a situation that would far surpass what Austrian authorities are able to shoulder. Greek volunteers, in cooperation with Greek NGOs and international organizations, are doing their best to save refugees’ lives, to offer medical care, feed and console the desperate. How, we may ask, can a country that is itself on its knees, economically as well as socially, handle this situation?” the letter continues.

“Also, we wonder just how the recent Refugee Conference in Vienna could have been held without inviting representatives of the country that is most affected. Was this punishment for Greece’s apparent incapability of securing her maritime borders, for her policy of waving refugees through, for her lack of cooperation? Whatever intent the conference had, Greece should have been at the table, at least in order to make her voice heard and present the facts on the ground.

The Austrian Minister of the Interior; Mrs. Mikl-Leitner, expressed the government’s opinion that it was perfectly legitimate to apply pressure at national and regional levels, disregarding repercussions at the European level. Who, we may ask, is allowed to apply such pressure? Countries that heavy-handedly and irresponsibly introduce neo-nationalist methods, in blatant disregard of lawfully binding responsibilities enshrined in the European charter?” the questions continue.

“Compared to Greece’s vast maritime border, Austria’s borders are very simple to manage indeed. How is Greece supposed to keep refugees at bay, when Austria’s sole reaction has been to erect walls and barbed wire fences?

While it is easy for a landlocked nation like Austria to barrage herself behind walls, such politics of avoidance is impossible for a country comprising over 2,000 islands and with a coastline of almost 14,000km (ranked 13 worldwide). In view of her well-documented chronic structural weakness, Greece and her economy require massive help to get on their feet, amid the worst refugee crisis since World War II. We are deeply embarrassed by the confused, shortsighted “vision” that the Austrian government hysterically chose to impose on the western Balkans (her former “crown colonies”?). Is the misery of an ever increasing segment of the Greek population not worth being taken into account as well?” they further wrote.

And the letter concludes: “We appeal to the Austrian government to act reasonably, use common sense judgment and apply the principles of human rights. Shortsighted neo-nationalism should have no place in the Europe of the 21st century. This is the least we owe to our historic past.”
(With information from The Guardian)