GRNews
GreekReporter.comGreeceUN High Commissioner for Refugees: We are Facing the Worst Humanitarian Crisis...

UN High Commissioner for Refugees: We are Facing the Worst Humanitarian Crisis Since WWII 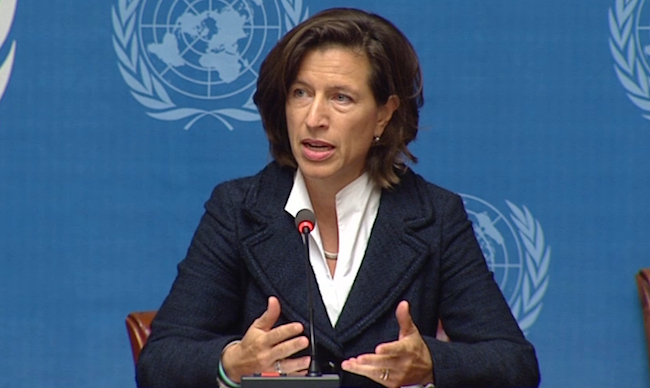 “What Greece is faced with is not fair,” the representative of the UN High Commissioner for Refugees (UNHCR) Melissa Fleming on Tuesday said in an interview with ANA-MPA.
Regarding the new restrictions some countries imposed on refugee flows, she said that “they are particularly isolationist and are not consistent with the spirit of unity and European values.”
“This is not fair for Greece. It is not a problem that should be a problem of only one country due to its geographical location. This is a problem of the entire European Union; it must fight it and show solidarity to all those that bear the main burden,” she underlined.
She reassured that the UNHCR “does its best to help Greece and will do even more,” but she admitted that “it will be a very difficult situation.”
“The issue is that we have proposed a lot of solutions to relieve Greece and there are also European proposals, but some countries decided to act unilaterally and they did not wait for the substantial and efficient proposals,” she stated.
Fleming admitted that “we are facing the worst humanitarian crisis since World War II.”
Moreover, she said she is moved by the stance of the Greek government and the Greek people. “It is a very human and humanitarian approach (of the government), but the Greek people are also amazing. Of course, there are some right wing movements, as we have seen in all European countries, and this worries us a lot. Of course, this kind of chaotic situations, with huge groups of people, can be used in a very negative way to generate fear and xenophobia with the sole purpose of gathering votes. We hope, however, that the compassion of the Greek people will prevail.”
When asked if they would ever be an end to all this tragedy, she admitted that the situation will not change overnight. “There could be an end if the global forces could think of a way to stop the war. But this would be too idealistic. However, we hope that there will be a renewed peace process and that hostilities will cease – as we now have truce. All the Syrians I know want to return home,” she concluded.
(source: ana-mpa)