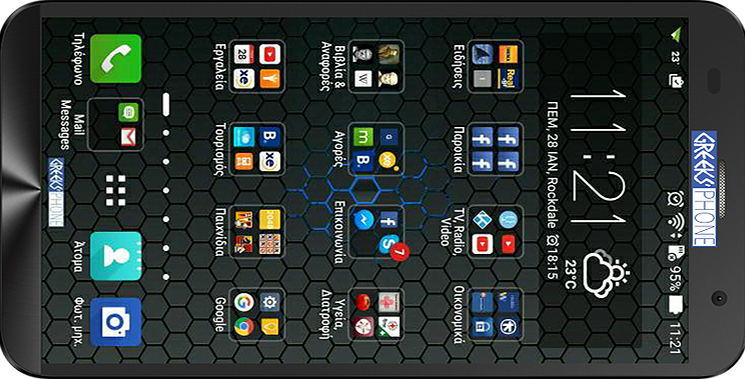 The ΙΤ company “OKnetTV” has launched a new smartphone that is specifically designed for the Greek expatriates in Australia and specifically for those who are not that familiar with technology. “Greeksphone” is launched in collaboration with ASUS, and according to Nick Kagelaris, project manager at “OKnetTV,” the first reactions have been very positive.

The phone contains pre-installed applications that are useful in the daily routine (such as Facebook and email), but as well as applications that bridge the gap between Greece and Australia by connecting users with expatriates in Australia through Greek TV and radio stations, banks, sites, books, tickets, hotels etc.

Greeksphone can also help the Greek expatriates in Australia, who despite the fact that they have lived there for decades, were unable to learn English because they worked for many hours. Among the services that the phone provides, the phone can be used as a translator to translate basic expressions.

Kagkelaris estimated that the target group for which the smartphone is addressed is quite big, which will lead his enterprise in profit. “Here in Australia, there is a very big target group. Maybe later, if things move forward, we might expand outside Australia. But for now, we are focusing on Australia, because there are truly a lot of people that aren’t familiar with this kind of technology.”

Greeksphone comes in three editions: simple, fortified and a special edition for the members of the New South Wales.