GRNews
GreekReporter.comGreeceAustria Asks FYROM to Close Its Borders to Refugees, Saying It Will...

Austria Asks FYROM to Close Its Borders to Refugees, Saying It Will Also Do So Very Soon 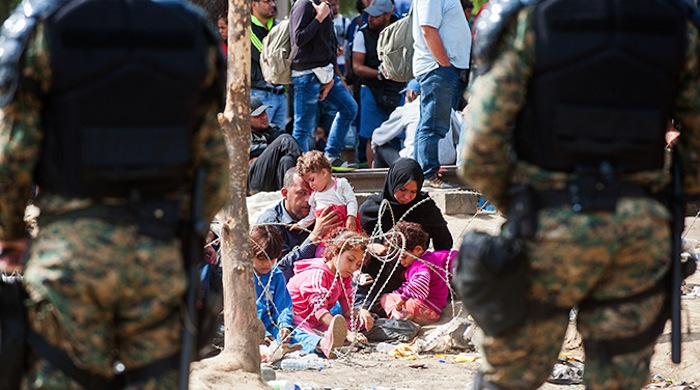 Austria has asked the government of FYROM to be ready to stop entirely the inflow of refugees from its southern borders with Greece, warning that it will do so with its own borders within the next two months.
The call to FYROM to close its borders to refugees and migrants was made in the course of a meeting that took place today between Austria’s foreign minister Sebastian Kurz and FYROM’s foreign minister Nikola Poposki.
According to Kurz, it was agreed that Austria will provide to FYROM military and technical support in the effort of the government of the latter nation to halt the influx of migrants into northern Europe.
Kutz also said that his country had received about 90,000 refugees last year and that the number for this year will be reduced to about 37,000.
According to the Austrian foreign minister, this quota will be fulfilled within a couple of months from today, which means that Austria will be forced to close its borders to refugees not long after that — a development that will affect countries such as FYROM, Serbia, and Croatia.
Kutz also expressed doubts about the effects of NATO patrols in the Aegean sea by raising doubts about Greece’s willingness to help.