GRNews
GreekReporter.comGreeceEurope Turns Greece Into A Scapegoat Over Migration Crisis

Europe Turns Greece Into A Scapegoat Over Migration Crisis 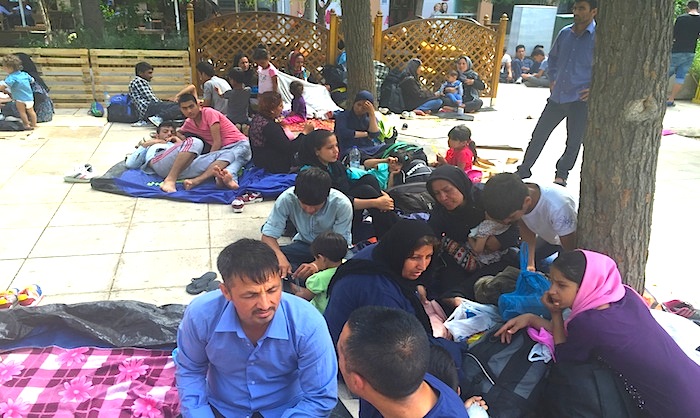 The European Commission has told Greece that it has three months to remedy “deficiencies” in controlling the influx of migrants or face border controls with the rest of the Schengen passport-free zone.
This latest threat, in the form of a new Commission report signed by Federica Mogherini and Frans Timmermans, comes quite as a shock given that a recent European Commission report commended Greek authorities on the progress they have made in the handling of migrants crossing the Aegean from Turkey to Greece, while Frontex’s executive director Fabrice Leggeri has gone so far as to praise Greek authorities for rescuing thousands of lives from drowning in the Aegean sea.
More than 850,000 migrants arrived in Greece last year, hoping to make it to northern Europe for a better life, a development which lead eventually to a decision made this week to have NATO patrol the Aegean sea.
“The overall functioning of the Schengen Area is at serious risk,” the European Council said in a statement. “The difficulties faced by Greece have an impact on the EU as a whole.”
Greece has one month to “establish an action plan to remedy the deficiencies and within three months of the same date, it shall report on the implementation,” one source said, after the recommendation was adopted by European ministers.
The Council gave Greece an extensive list of reforms it wants met, including overhauling its “registration procedures, sea border surveillance, border check procedures, risk analyses, human resources and training, infrastructure and equipment and international cooperation.”
European member states have threatened repeatedly in recent weeks to quarantine Greece over migration by launching charges that the country “is seriously neglecting its obligations.”
However, the fact of the matter is that the migration crisis is a European problem and demands a European solution. But as the EU has failed miserably in addressing the current refuges/migration crisis, Greece has become a convenient scapegoat.
Kicking Greece out of the Schengen zone will not have much of an impact on the influx of migrants to Europe since Greece does not share land borders with any of the Schengen member states. The only people affected by such a decision will be the Greek people themselves, since they will be treated as third-country nationals when traveling to Europe.
Of course, if the EU carries out its threat to quarantine Greece, the country may be converted into “an open-air refugee camp.”
The question then that naturally arises is whether this is Europe’s ultimate goal given its own deficiencies in confronting the biggest refugee and migrant crisis the continent has known since the end of the Second World War.