EU Commissioner Avramopoulos: 'No Country Is Threatened with Schengen Suspension' 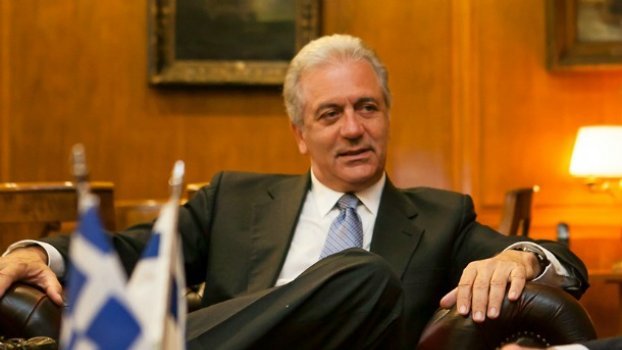 “We should be clear that no country is being threatened with suspension from Schengen,” European Commissioner for Migration, Home Affairs and Citizenship Dimitris Avramopoulos said on Friday in an interview with EurActiv.
In any case, Schengen rules do not foresee the possibility of such a suspension, he underlined adding that the European Commission is here to help and support member states.
“On the contrary what we are trying to do is to safeguard and to strengthen Schengen. If we want to continue to move freely internally, we simply have to better manage our external borders. We are helping Greece to do that, and I know that Greece is making efforts too. But it is not just about borders. This is precisely what the inhabitants of the Greek islands show on a daily basis. They give food, donate clothes, help those vulnerable people who arrive – they have been doing this from the very start, because it is the right and humane thing to do. It is this sense of humanity and solidarity that we have seen also in other places in Europe, such as Italy and Sweden – but unfortunately not enough everywhere,” he noted.
Avramopoulos stressed the importance of hotspots and added: “Hotspots are important. But detention centers are also needed for those ordered to return to their home countries, particularly if they are not willing to return voluntarily.”
The Greek Commissioner also said: “The refugee crisis is a complex and multifaceted issue. We will not solve the problems by simply pushing a magic button. This means that while systematic registration needs to happen, while all hotspots need to become operational as soon as possible, and while we need to step up relocations, we are also precisely planning systemic reforms. The Dublin reform is coming in spring, and already in March we will be able to say more about the direction we are heading in. But it is also not just about Dublin: it is our whole asylum policy that needs to be better streamlined and harmonized. We also need to improve our integration and legal migration policies. All of these elements go hand in hand.”
Asked if Athens is doing its job in protecting the EU’s external borders, he replied: “Our borders don’t need to be “protected” from vulnerable people – but they need to be better managed. Everyone who arrives at Europe’s external borders and wants to apply for asylum should be offered the chance to do so. But we have to also know who exactly is coming in. All arrivals need to be properly registered and fingerprinted. This is fundamental in order to manage the refugee flows and ensure our security. And it is something that needs to be improved.”
(Source: ANA-MPA)